On Mastodon, I’ve been posting about baking bread and growing yeast. The problem is that in these times of Corona, I immediately thought: “I’m going to bake me some bread so I don’t have to go by my daily bread!” Sadly, many other people seem to have had the same idea and where as I was always able to find some flour and get it home-delivered, getting yeast was tricky. So, I determined to grow my own yeast.

Online, I found this article: How To Easily Make Your Own Yeast From Scratch. I cooked some potatoes the other night. Kept a bit of the water, added a spoon of sugar, added a lot of flour, covered it up, and left it in a warm room (our bathroom) for the night. 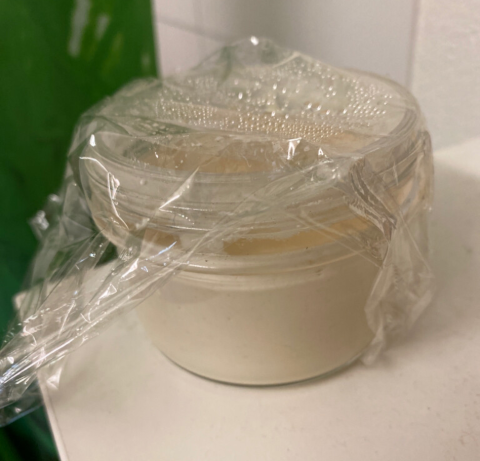 Not much happened. Also, I read that you need a big jar!

Having some extra potato water after Raclette I added more flour and water (50g each); then I noticed some bubbles and added some more (another 50g each). And now I think it grew half a jar in a day. 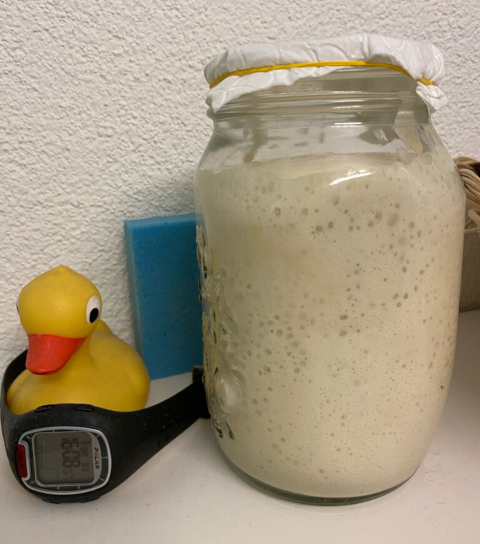 Then I made some bread. I added a bit of salt, and a lot of flour and water to make a wet dough, kneaded it for 10 minutes and let it rise for 2h (but it didn’t), put it in the fridge overnight, took it out the next morning, kneaded it for a bit, let it rise again for 2h (but it didn’t), and finally decided to just make flat bread. I added some water to the oven which I heated up to 230°C. The water provided steam for the first 10min or so. 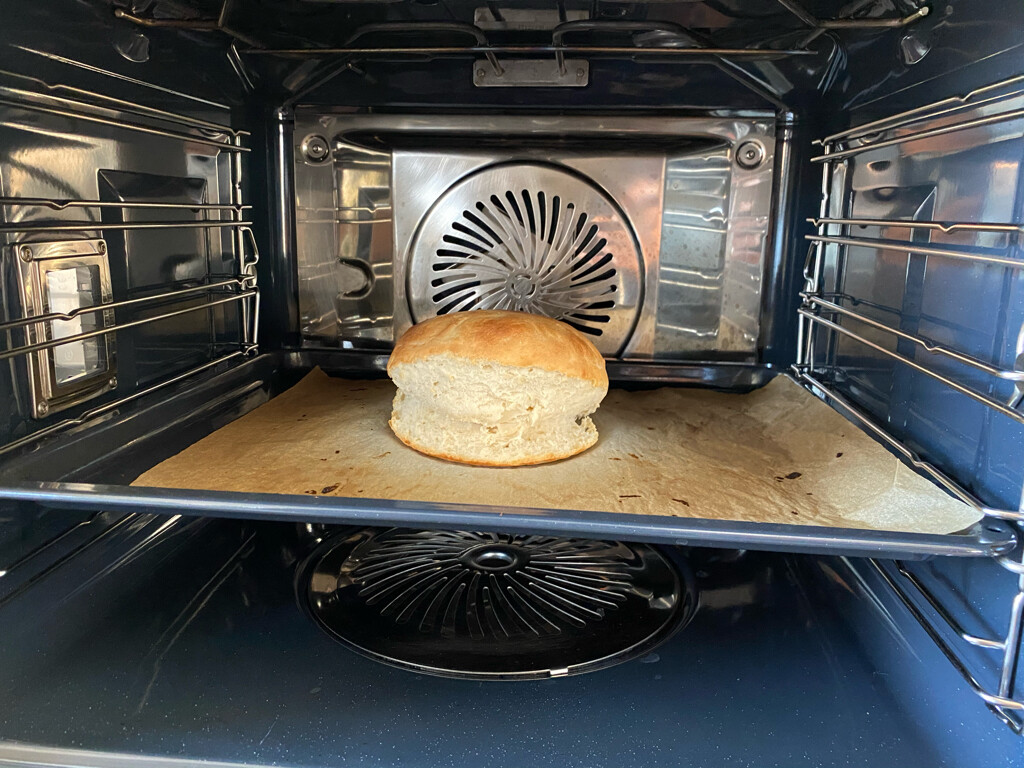 The next time I will use precise measurements, I swear. I seem to have gotten the nuclear option for yeast…

I guess I should have made some cuts at the top. Or left it to prove (raise) for a lot longer.

Anyway, I tried it. It was delicious. I declare success! 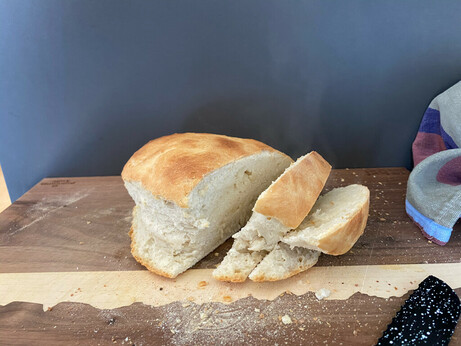 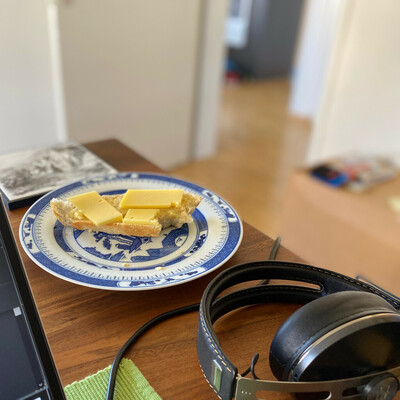