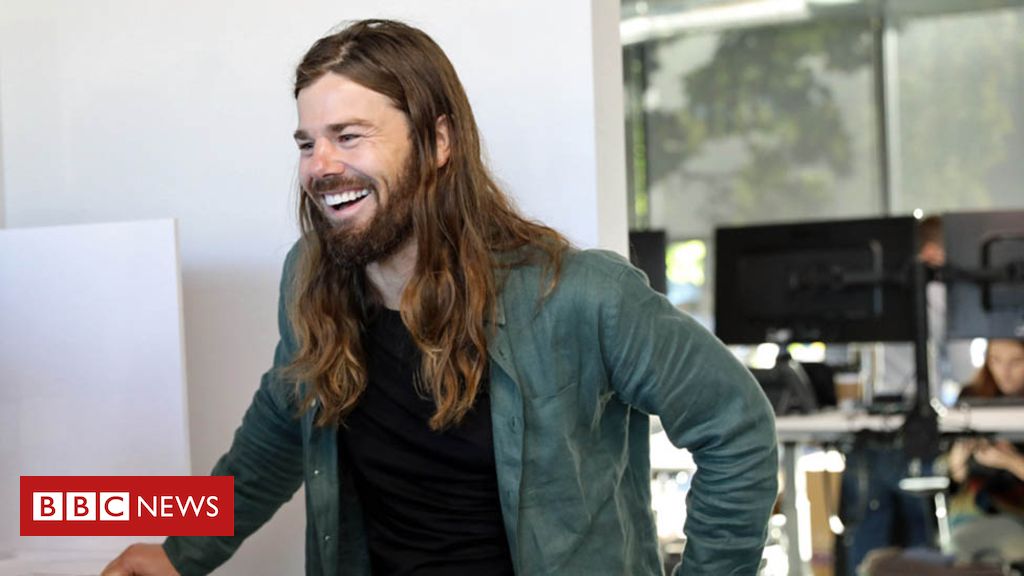 The boss who put everyone on 70K

A tech boss introduced a $70,000 minimum salary for all his staff - by cutting his own wages. Five years, on he has no regrets.

This post is continuing the discussion from Game Studio With No Bosses Pays Everyone The Same.

It’s tempting to say “I’ll just do shitty shit to get rich like everyone else SO THAT I can do something nice when I run my own company” but I don’t think it works for people who aren’t young white men, or at all.

I watched a tiny bit of Aggretsuko last night. The evil boss, when defeated by our heroine in an epic rap/death metal battle, nonetheless gets the last word: “remember this, ten years, twenty years, thirty years from now: someday, YOU’LL be the evil boss!”

Reminds me also of the floor manager in Sorry to Bother You with the anarchism neck tattoo.

I do want to believe that an individual can make some kind of meaningful harm-reduction happen under the current broken system, but I don’t believe it. Nihilist much? I also get that the answer is organizing, but it’s hard to believe in that sometimes too.

Okay, this is what I’m trying to get at: articles like “nice CEO has high salary floor” paint a narrative of “you, an individual, must accumulate power so that you van create change! You will still have to compromise on everything but you are only allowed to do it after we have declared you to be successful!” which is confusing because it also tries to have it the other way, where coming up with the idea was a collaborative effort. Still, it’s about a strong man with power “listening” to a poor person and then being nice. I don’t buy it as a conduit of structural change but I wish I did?

I’ve gotten caught in the same labyrinth of thought. I call it as such because it leads nowhere. We have to imagine radical alternatives, and just, ya know, do them.

We ought to hang out soon!

Also, maybe I’ll read the article you linked. But your comments are almost guaranteed to be better.

Have I ever gotten you to read this? If I had to pick one piece that radicalized me, it would probably really be this. I read it shortly after being betrayed by a bunch of female tech bosses and was still trying to process that, and this connected all the dots for me. The ending is really confusing and I don’t even know what the author was trying to do so I just ignore it. The rest of the piece reads to me as an incredible illustration of 1. how soul crushing it is to be a woman in tech 2. how power (and competition) turns people evil. That’s when I really understood that I should never, ever trust the good boss narrative or try to become a boss myself in order to make change.