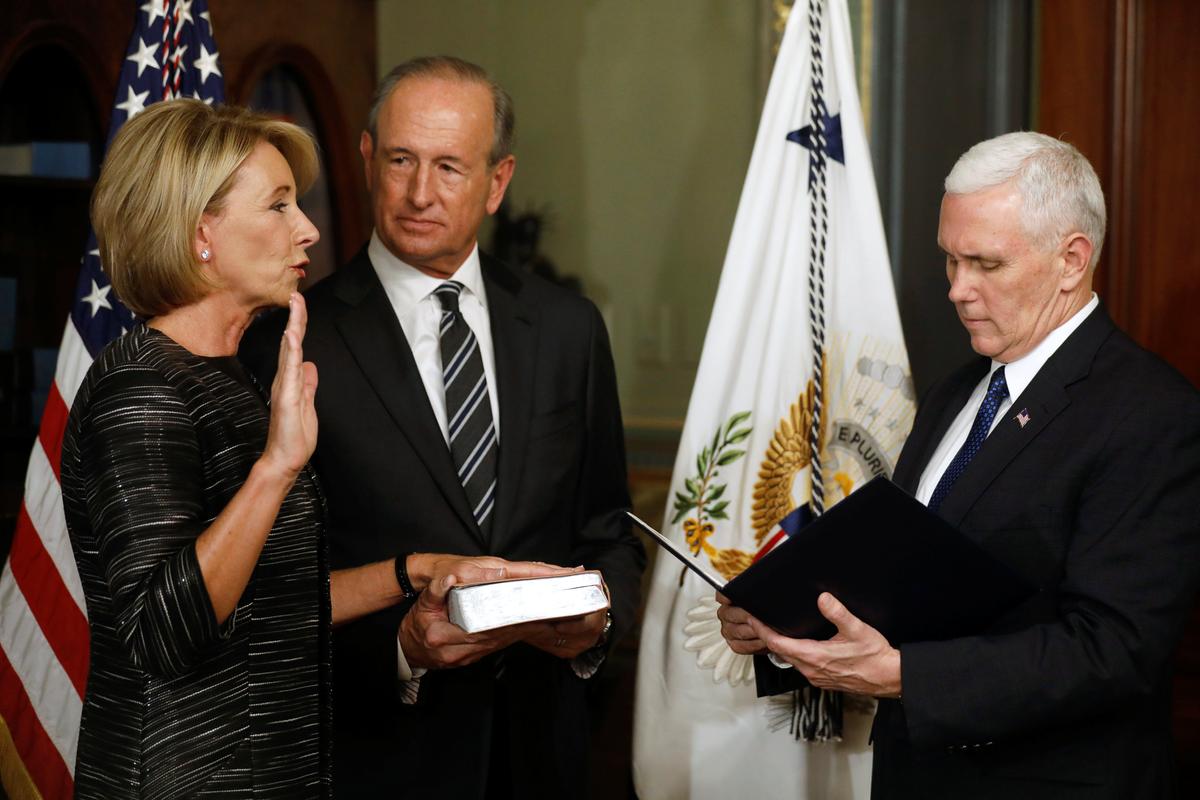 President Donald Trump's choice of billionaire Betsy DeVos to be education secretary was confirmed by the U.S. Senate on Tuesday, but only after Vice President Mike Pence was called in to break a tie that threatened to defeat her.

DeVos is married to the heir and former chief executive of Amway, which sells household and personal care items.

She paid a ton of people who voted for her in the Senate too.

Damn. I thought she was just an uber rich xian. But this has to be among the worst families in contemporary US:

DeVos is married to Dick DeVos, the former CEO of multi-level marketing company Amway, and is the daughter-in-law of billionaire and Amway co-founder Richard DeVos.[8][9] Her brother, Erik Prince, a former U.S. Navy SEAL officer, is the founder of Blackwater USA.

Remember over the summer when Marco Rubio waxed eloquent about how he and his fellow U.S. senators would be a strong "check and balance" on Donald Trump? Hahahaha! That was a funny one, Marco. Rubio now has a sterling 100 percent voting...

“In fact, Rubio accepted more DeVos cash than any other senator who backed her nomination today.”

“Rubio has taken a total of $98,300 from DeVos and her family members, according to Federal Election Commission reports”

“Billionaire activist Betsy DeVos and her family have given a massive $4 million to the Republicans who will decide whether to confirm her as Trump’s secretary of education, according to a new analysis by the authors.”

Her brother, Erik Prince, a former U.S. Navy SEAL officer, is the founder of Blackwater USA.

I knew of the Amway connection, but Blackwater… sheesh. Seriously, a horrible family.