Donald Trump Is an Autocrat. It’s Up to All of Us to Stop Him. 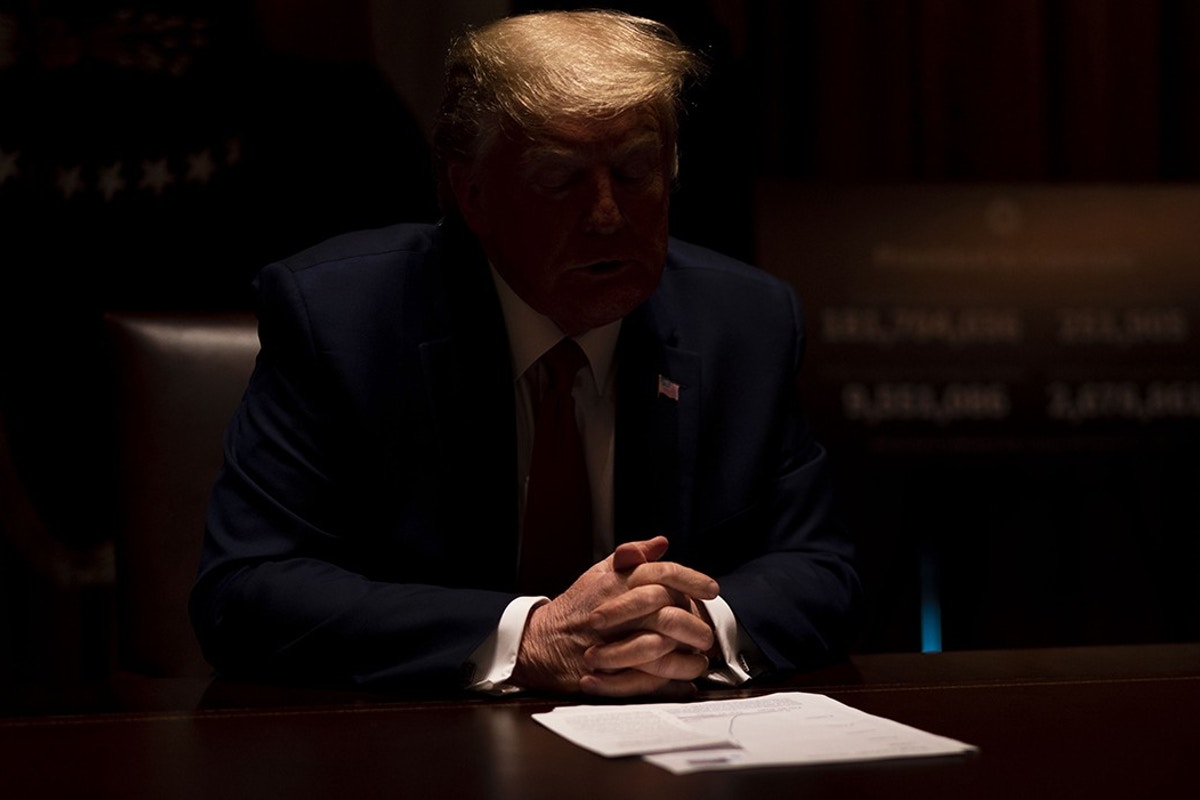 Donald Trump Is an Autocrat. It’s Up to All of Us to Stop Him.

Each incremental step toward dictatorship can be explained away. While it is happening, no one can quite believe that they are on the road to serfdom.

I have a question for American leftists: Do you finally see the difference between the Democrats and Donald Trump?

I have a question for American right-wingers: Do you finally see that it is Trump who will take your guns?

I have a question for American evangelicals: Do you finally see that Trump is the one who will close your churches?

I have a question for Republican members of Congress: Do you finally see that you will be in the camps too?

Dictatorships are built on denial. Dictators take over gradually; each incremental step that erodes civil liberties and the rule of law can be justified and explained away. Sometimes a would-be dictator is laughed off as a political buffoon who shouldn’t be taken seriously. While it is happening, no one can quite believe that they are on the road to serfdom.

Autocrats often enjoy broad public support for their crackdowns. Initially, they target the “others,” while the majority cheers. The public doesn’t recognize the threat until it is too late. The supporters who cheered the loudest are often caught up in ideological purges and become some of the regime’s earliest victims.

After nearly four years in office, it is impossible to miss what Trump truly is. He is a psychopath who lusts for dictatorial powers. He has jettisoned everyone from the government who might get in his way. He is now surrounded by enablers in jackboots like Attorney General William Barr and Secretary of State Mike Pompeo.

Gen. Mark Milley, a lickspittle who claims to be an American military officer, strolled through the streets of Washington, D.C. on Monday night with Trump and Barr while U.S. military personnel were illegally being used to attack protesters and shove them out of the way so that Trump could pose for a photo holding a Bible in front of graffiti-covered St. John’s Episcopal Church. The men had the look of coup plotters bent on seizing the government in the dark of night.

That same evening, military helicopters hovered low over Washington, just over the heads of demonstrators who were protesting the May 25 murder of George Floyd by the Minneapolis police. The noise and downward air blasts from the helicopters were used to disperse crowds. (Washington Mayor Muriel Bowser said that the Pentagon asked Maryland and Virginia for troops without the knowledge of the D.C. government.) It was one of the most shameful episodes involving the use of the U.S. military in the nation’s capital since 1932, when the Army infamously used tanks and tear gas to attack protesters known as the “Bonus Army,” World War I veterans camped out to demand long-promised bonuses.

Trump gave away his game Monday night. A scheming man of no moral convictions, he figured that holding a Bible would be enough to rally his white evangelical base.

He said nothing as he stood, Bible in hand, for the photographers in front of the church, but it was easy to guess what he was thinking. He was probably thinking that evangelicals are chumps, morons who always fall for his cheap tricks. It’s not hard to discern that Trump looks down on evangelicals, resents them for how easy it is to manipulate them, and will turn on them as soon as he no longer needs them.

A scheming man of no moral convictions, Trump figured that holding a Bible would be enough to rally his white evangelical base.

Washington Episcopal Bishop Mariann Edgar Budde readily saw through Trump after his photo-op in front at St. John’s. “The president just used the Bible, our sacred text of the Judeo-Christian tradition, and one of the churches of my diocese, without permission, as a backdrop for a message antithetical to the teachings of Jesus,” she said.

The next day, Trump stood for photos at the Saint John Paul II National Shrine in Washington, doubling down on his shabby game of exploiting religious iconography. This time, he was going for conservative Catholics, rather than evangelicals, but the act was the same. The Catholic archbishop of Washington quickly attacked Trump’s visit to the shrine, just as Budde had attacked his photo-op in front of St. John’s the day before.

Meanwhile, in the White House Rose Garden on Monday, the president vowed to protect “Second Amendment rights.” Once again, Trump proved that he thinks his supporters are idiots who can be exploited with simple, coded phrases. The gun rights activists who rave enthusiastically about giving Trump expansive powers may soon have troops knocking at their doors as helicopters hover overhead. When that happens, they may feel, too late, an unexpected kinship with the protesters they now disparage.

Trump bared his authoritarian intentions in a conference call with state governors Monday, in which he berated them for being weak in the face of protests, demanding that they “dominate” the demonstrators, while threatening to send troops to their states if they didn’t accede to his demands. Trump also talked that day by phone with Russian President Vladimir Putin; maybe he was getting pointers on how to crush dissent.

Trump is speeding down the path toward dictatorship because what remains of the Republican Party is eager for him to grab power. It is now a white identity party, filled with aging white people who fear the demographic trends of increasing diversity. They don’t like America as it now exists, and they want Trump to destroy the rules and laws that protect minorities, the poor, and the disadvantaged.

On Monday, Rep. Matt Gaetz, a Florida Republican and Trump acolyte, offered a typical Republican response to the protests when he called for all the lethal tools of the global war on terror to be brought home and turned on American protesters. “Now that we clearly see Antifa as terrorists, can we hunt them down like we do those in the Middle East?” Gaetz tweeted Monday. Twitter restricted access to the Gaetz tweet, labeling it a glorification of violence.

By advocating for an end to the rule of law, Republicans like Gaetz will find themselves surviving at the whim of Trump. That’s when the jokes about drones and Gitmo won’t seem so funny to them.

Finally, for American leftists who don’t see any difference between the Democrats and Trump — and who might even prefer Trump because he is destroying the centrist status quo, thus creating an opening for the left — it is time to face the cold facts of history.

Consider the case of Ernst Thälmann.

Thälmann was the leader of the German Communist Party in the late 1920s and early 1930s and saw the center-left German Social Democratic Party, rather than Adolf Hitler and the Nazi Party, as his main political enemy. Thälmann did everything he could to undermine the Social Democrats, who he called “social fascists,” in order to destroy the liberal status quo in the Weimar Republic and set the conditions for a communist revolution. The deep political divide between the center-left and the left in Germany in the early 1930s helped enable Hitler’s rise.

After Hitler came to power, Thälmann was arrested and imprisoned. He was later transferred to the Buchenwald concentration camp, where he was shot by the SS on Hitler’s orders.