Dragon of Legends is an online action RPG for PC, Mac, Linux, and
Mobile devices, that is heavily influenced by Gaelic and Norse
mythology.

Enter the ever-evolving lands of Hávámal, where the lights of
faeries border the realms of darkness.Two alliances have
emerged across the world, both struggling for supremacy over the land
and as these great powers battle one another for control of Hávamál –
darker forces gather to destroy them. Players from around the world can
assume the roles of customizable heroic fantasy characters, and explore a
lush 2D world full of mystery, danger, and countless adventure. 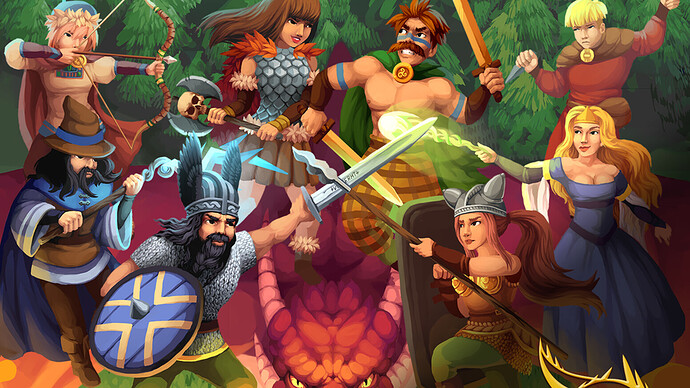 Uncover countless mysteries of the past as you battle across platforms in this 2D action RPG inspired by Viking mythology.

I backed this, it looks pretty wonderful. I’m a sucker for mythology though.