GNOME 3.36 is the latest version of GNOME 3, and is the result of 6 months’ hard work by the GNOME community. It contains major new features, as well as many smaller improvements and bug fixes. In total, the release incorporates 24434 changes, made by approximately 780 contributors.

3.36 has been named “Gresik” in recognition of the team behind GNOME.Asia 2019. GNOME.Asia is GNOME’s official annual summit in Asia, which is only possible thanks to the hard work of local volunteers. This year’s event was held in Gresik, Indonesia, and we’d like to thank everyone who contributed to its success. Thank you, Team Gresik! 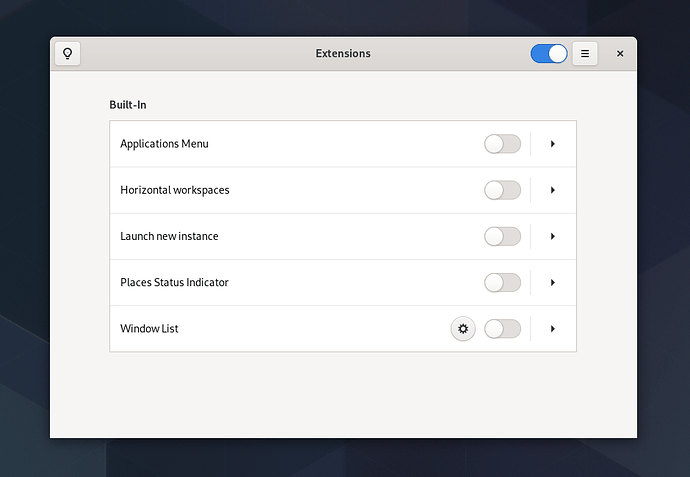 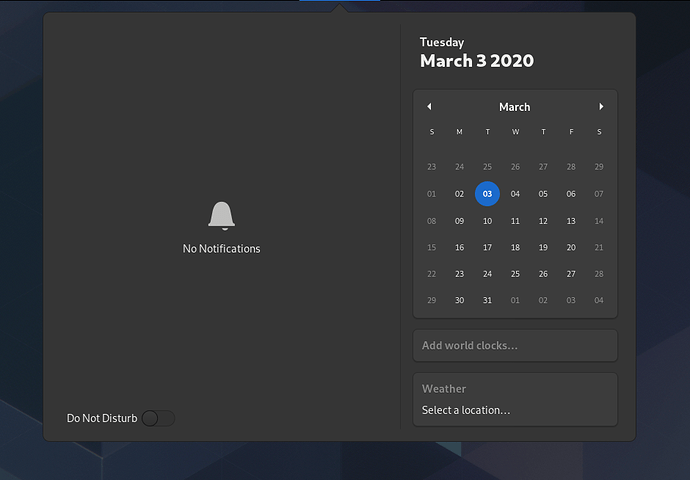 A Do Not Disturb button was added to the notifications popover. When enabled, notifications are hidden until the button is toggled off.

A lot of design went into improving the login and unlock experience in GNOME this release. The resulting lock screen is more functional, easier to use, and looks elegant in its simplicity.

The GNOME Shell received a lot of visual and functional improvements this release. 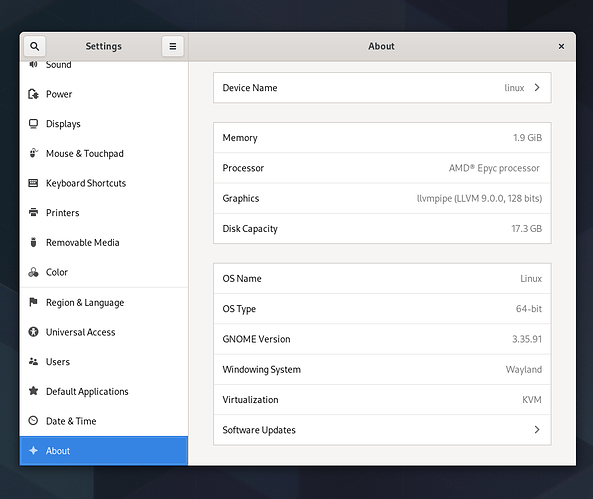 Settings received a number of improvements this release.

The Initial Setup assistant gained the ability to set up the initial user with parental controls. This adds a page in the setup that permits or denies access to applications and software.

Web can now load and view PDFs directly in the browser window. The interface has been further improved, making it even more usable on smaller screens. And Web now supports a dark mode for use with dark desktop themes.

And That’s Not All…

As usual, there are also many other smaller improvements in this GNOME release. Here are some of them!

GNOME 3.36 also has lots to offer developers, and is translated into many languages.

InternationalizationLearn about the different languages in which GNOME 3.36 is available

GNOME’s software is Free Software: all our code is available for download and can be freely modified and redistributed according to the respective licenses. To install it, we recommend that you wait for the official packages provided by your vendor or distribution. Popular distributions will make GNOME 3.36 available very soon, and some already have development versions that include the new GNOME release.

The GNOME Project is an international community supported by a non-profit Foundation. We focus on user experience excellence and first-class internationalization and accessibility. GNOME is a free and open project: if you want to join us, you can.