Help Me With My WIndows 10 Work-Workstation

My employer provides me with a Windows 10 laptop, and I don’t reinstall the OS on it largely because I believe in dogfooding.

And while I broke apart many versions of windows with registry hacks, and powershell scripts and whatnot for my employer over the years. I havent been involved with the desktop management team in some time; and as I don’t actually use Windows at home, my knowledge of Windows 10 is actually kind of superficial.

And now I find Windows 10 is doing something irritating.

Im aware that Windows 10 no longer allows apps to set these preferences, and I am setting them correctly via the control panel. (I had a colleague familiar with Windows watch me to prove im not loosing my mind.)

I am good friends with two of the three group policy admins and they insist they have set nothing which will do this.

I have admin rights on this machine.

Its running my university’s base image. The only additions I have made are the installation of VirtualBox, VeraCrypt and IrfanView. (Irfanview is proprietary but its the least offensive image viewer and screenshot tool I know of from my prior life as a Windows user; and “when/win in rome.”)

Any ideas? Everyone ive talked to the IT department seems genuinely puzzled.

Maybe use an alternate file manager, like Midnight Commander? I haven’t used Windows in a while, so I don’t know how well that would work. Just a thought that I had!

I think thats possible and would solve some issues. The default browser thing is really painful in that Chrome not Firefox loads whenever I get a URL from an instant message, or an email; and those use cases are outside the file manager’s control.

As far as the default browser thing goes, all I can think of is to copy the link and then paste it into a new tab in Firefox… seems like a silly workaround, I know, but that’s all I can come with for that.

It seems I might be suffering from a known bug in recentish builds of Windows 10, and the perscribed semi work around isn’t proving effective for me either. Which means I might be stuck until it gets patched. 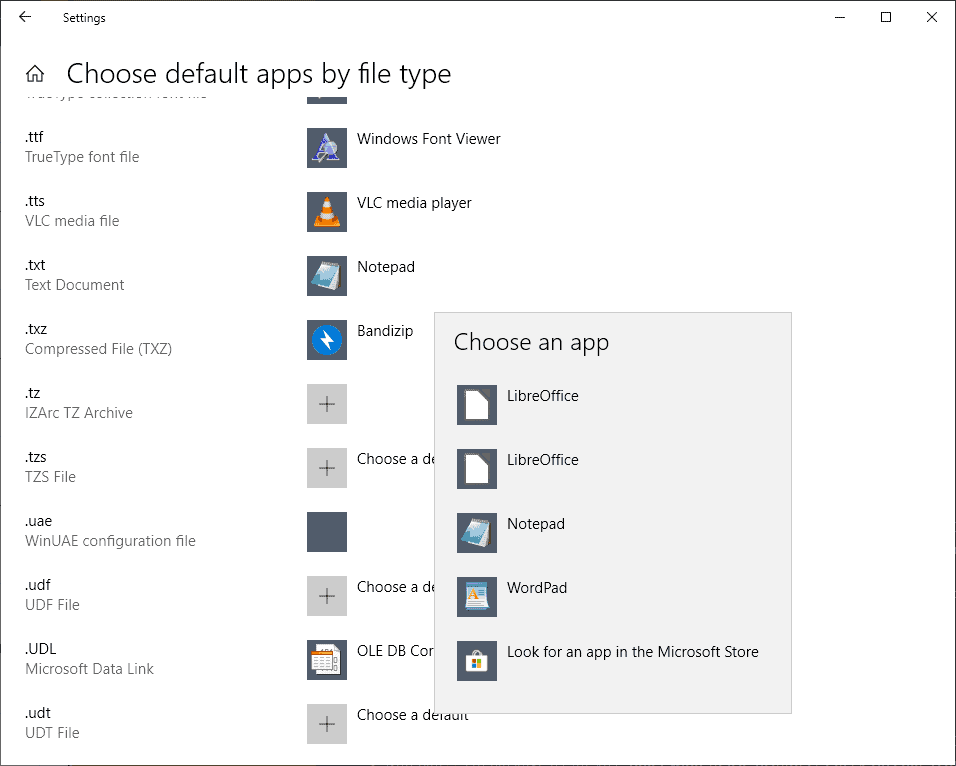 Microsoft confirmed on November 8, 2018 that the option to set custom file associations is broken for some users on Windows 10 version 1803.

Checking with out local desktop support folks if they think reimaging might be any help (im a bit worried it would be a waste of time, as the image ships with fairly recent builds of windows who will just have the same bug…)

Not sure if this means I should mark the problem resolved, or if I should wate for a Microsoft patch to do so.

The fact that default file associations in Windows builds can be broken for months without a patch, is one of those things that makes me think that claims of GNU/Linux being un userfirendly, are less objective claims and more about people being used to particular workflows and what computing environments theyve been immersed in for many years.

Leave it open until its fixed. Or three years. Which ever comes first so three years from now.

Just got confirmation this is happening to every machine we’ve reimaged on campus since late October.

With me being the only one to alert desktop management; it LIKELY means im one of the last Firefox users on my whole campus; or this glitch has been having people silently convert people from Firefox to other browsers across campus without complaint. Neither of which fills me with glee. We used to have a heavy Firefox population here.

Was able to work with my fellow group policy mages (a sub school of necromancy) and we were able to convince Windows that the default fallback OS values for various file associations were the values I wanted to have set.

Only kinda joking: I’ve always thought a support forum was an ideal sounding board, if not for the underlying intention of solving the issue and moving on. It helps to need to communicate a thing to another person.

How do we support crap?