Continuing the discussion from Discover Terraria:

I need to set up port forwarding through two routers before I can host a Terraria server.

Yesterday, I launched Terraria through Steam and used “Host and play” to create a new server using the game’s gui. I called my world Kelutral. I made a new character named Loreyu. Both are on the easiest possible setting, which I think is “Journey” ? or something? You start with extra items.

Just now, I tried firing up TerrariaServer.exe and it worked really easily. It even found the world I created yesterday. I started it through the little console application and left it running. 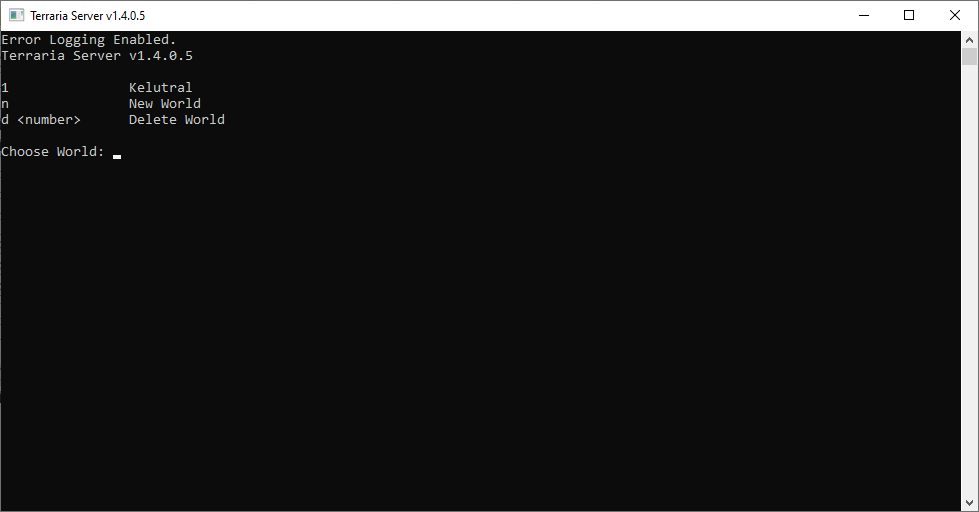 I just opened Terraria through steam and tried joining it. It found localhost and I joined it! 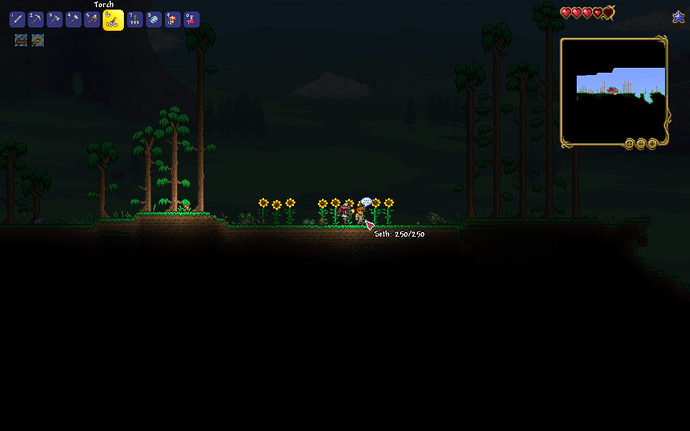 Unfortunately it’s nighttime on my world so the screenshot is very dark. But it works! That was much easier than I thought it would be.

The hard part will be the port forwarding for others to join.

Edit: It’s daytime now. I wanted to show off the wings you spawn with if you select Journey mode for your character. And the bird in a nest on my head that helps kill things for you. 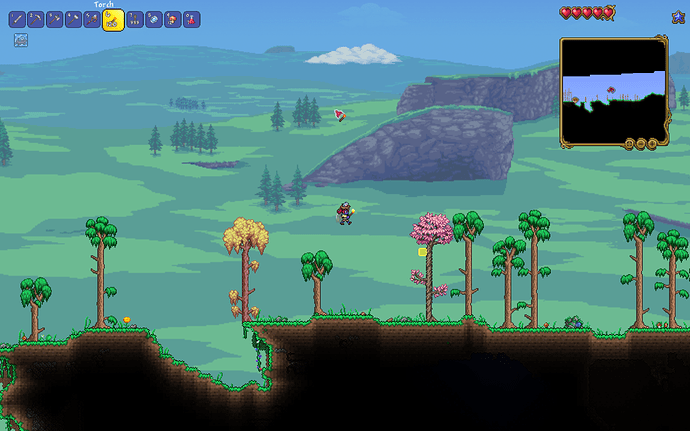 Damn dawg, you know I’m always up for gaming, but I’ll have to pass on this one. My net connection isn’t stable enough for real time play, and most of these games’ developers direct folks to use Steam, which I’m against, so it’s not looking good.

But I’ll catch up with you in a different game! And you can post all the recaps/screenshots in #gaming!