Oh, wow. This is totally me. I’ve carried those mp3s with me, even though I swore off the format decades ago. It’s because “Ima” is that good. I’m a fan of BT, actually. All their stuff is really neat, hits a part of my mind in this particular way.

I was turned on to Ima pre-9/11, by lucifex. It was an amazing come down album, from a high/rave/whatever.

For me it was part of a spiritual experience I had on a snow-boarding trip with Cupcake, where I did a silly thing and mildly concussed myself. I listened to Ima while driving down the mountain in a 300ZX holding one hand in the air so e knew I was still conscious. I definitely met some perspectives of myself for the first time…

As for these files, I happen to have several FLAC versions of the album, so that’s what I’m going to put into place. This is great timing:

I’m gonna create several versions of lossy formats and compare on my current setup, and see where the sweet spot is for practical music storage. I’ll post about this in #mediaclub.

Oh snap, GITS music! For the longest time Ghost in the Shell-related music was a substantial amount of my musical library.

Have we discussed Ghost in the Shell? I have so much to say.

That particular track, Latin Lover, it’s pretty terrific, and always reminds me of a particular faction in Neocron, because its theme music has a similar feel. It was one of the techy factions, they had labs.

I’m sure I have these tracks in FLAC. Time to track them down!

Spirit of the Century!

This is the “pulp adventure” setting/book from Evil Hat. It uses an older edition of Fate, which have sense been waaaaay refined, and also the storyline for SofC was moved forward in interesting ways, including a “darker timeline” 80s settings.

I also happen to have a hard copy of Young Centurions, which I think happens in the 1910s…?

Anyhow, I never played SotC proper. Rather, I played in a really interesting game that was “Sword and Sandal”, taking place in historical Rome with monsters from beyond space and time. The neat thing was it being run by a person who used to teach high school Latin and had studied in Rome and was way into it!

I don’t recall anyone from that group, but it was pretty fun: one of them made miniature buildings and sold them on ebay (for other gamers that uses such props), and one the storyteller always brought a couple six packs of homebrew beer… it was really fun!

Huh. I suspect that is a very old file because it was imported from a template with timestamps intact, during use by Vagrant.

I used to develop use a thing called Variable Varying Vagrants (or very close to that), aka VVV. I was easy to set up WordPress sites for local dev, but I could never get it to update correctly. I suspect it worked well for Mac users. 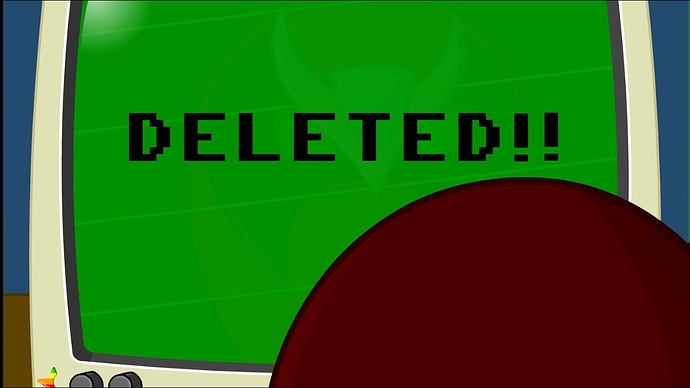 This is a WordPress theme template for the 404 page. But it sits in a directory that is a backup for 1mr, or “One More Robot”, a short-run webcomic about 5 people living together; it was based on our conversations, with additional characterization happening in-verse.

And wow, were we cool! Kimi made us emblem graphic things and all! 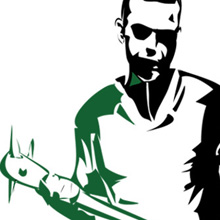 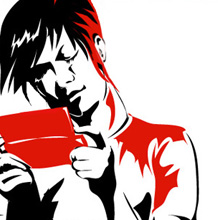 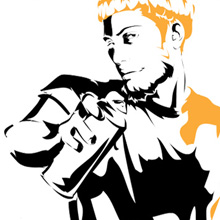 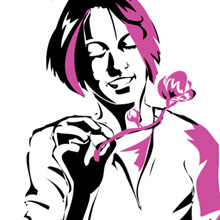 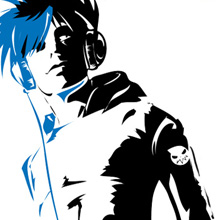 Ah, Geo Mashup! I love this plugin, it reads the geo fields in WordPress and builds embedded web maps! I use it extensively in my work, you can see it (with Google Maps) at:

I’ve been meaning to write up a page for it for a while (Discover Geo Mashup).

Include Google and OpenStreetMap maps in posts and pages, and map posts, pages, and other objects on global maps. Make WordPress into a GeoCMS.

I used to store my plugins and themes in a directory called wp-stuff, but I don’t any longer. If it is free like Geo Mashup I’ll clone the VCS repo. Otherwise I just let whatever updating/subscription service handle it, because that’s how the WordPress ecosystem works and it’s weird.

These are the icons from 496 pixel art icons for medieval/fantasy RPG | OpenGameArt.org

What should we do with these?!

HAHAHAHAHA! This is the funniest video! But it is embarrassing. Maybe to me, more than @susan, but definitely one of us!

I found several videos in that format, from Jan 2010. I’ll watch them with Susan and see if any are capable of being shared.

That is an image in an add-on for GravityForms, a plugin I use extensively on WordPress sites. How extensively? Well, that file is actually part of a git repo I kept to merge in GravityForms when I would deploy via git. Out put from tree . -L 3:

Gravity Forms does all kinds of neat form stuff in WordPress. I use it on nearly every site I build. This repo uses a directory structure used for deployment.

I don’t deploy plugins in this manner any longer, though I do tend to keep a copy of any software I use, as part of a healthy software ecosystem.

That is a character sheet for an RPG called Kerberos Club, “A FATE Role Playing Game of Strange Victorian Adventure”.

I have a massive amount of RPG game files, so at some point I ought to figure out how to “process” them…

This was a PDF for Dungeons and Dragons 4e. The 174 refers to the Dungeon “Magazine”, at this time released as landscape PDFs. The “CS” refers to the “Chaos Scar” campaign, an updated B12 Caves of Chaos homage, updating to the meta-mythos of 4e that tied “Chaos” as an otherwordly, nightmarish mad god thing.

I actually have a lot of the PDFs from that time period, in books/wizards:

Hey, you now how here in 2020 a lot more folks are trying to address racial inequality? Well a decade ago Wizards of the Coast was winning. At races. Not the voting kind. 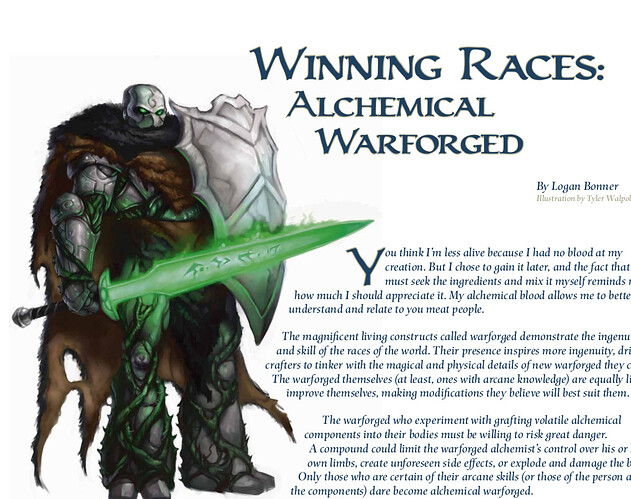 Two notes about the Warforged:

I deleted them! Easy peasy.

Anima Prime is a fast-paced, spontaneous roleplaying game inspired by the Final Fantasy series of video games as well as Avatar: The Last Airbender and other animated shows and movies.

The game combines narrative freedom in character scenes and combat maneuvers with elemental powers, Soulbound Weapons, and the summoning of Eidolons to allow you to create your own stories and action scenes rivaling those usually seen in video game cut scenes and anime battles. A flexible goal system lets you infuse any fight with meaningful story decision points and unlimited tactical options.

I’ve never played this game, but I like the the PDF. I believe it is the first time I read about “lines and veils”:

What kind of content do you not want in your story? This comes in two flavors, labeled in the game Sorcerer (by Ron Edwards) as lines and veils, which I find very helpful. What kind of stuff can happen but only off screen (veiled), and what kind of stuff isn’t brought up by anyone at all? For example, you might agree that characters in your story sometimes have sex, but do you fade to black before the clothes come off or actually play out parts or all of the event? Would it ruin the game for you if children got abused or killed during the story? What is over the line and not okay at all, and what is fine but shouldn’t be played in detail?

Also, it always seemed the most “FF6” of all RPGs, so I held on to the PDF.

Wow, this PDF has my name in it! Remember when folks did that? So silly!

I’ve moved this to a reading directory, synced in docs. I’ll give a look, as IA is a part of my thing.

I was looking for an SD card to put in the Switch to download a large game (before I realized it takes microSD cards in a slot that Elves designed and only reveals itself in moonlight…) and found the one I used for my 3DS. How fitting! Except for the aforementioned it-uses-a-different-card-size.

Anyhow, I imported all the stuff, which includes screenshots and audio recordings!

Also, I’m pretty sure the date is wrong on that file, it’s a generated file of course. I have tons of save backups, too, but can’t even recall the games I was playing; they were not that notable. Gonna dump all these random binaries, of which there are many.

Ah, Libre Graphics Magazine! I have a new tablet that would love to render a ten year old PDF, so I shall be exploring that, soon!

That file is a Mac OS X thing, but that directory refers to a web design book. It even comes with example files!

Since upon reviewing a book I’ll decide where it ultimately lives, from here on I’ll start moving these into my “reading” folder.

Ah, we’ve discussed this track before, due to @tim’s extensive training!

I can not find any info about a release called, “20 Beautiful Anime Musics IV”. There should be at least three others! It was true to it’s title, and here is a stray track from it that @susan particularly enjoys. Anyone know or heard it?

Kindly direct your attention to Figure out the Spanish Guitar album…

Oh hey, that’s a font from our mediagoblin backup!

I’ve been keeping that around to ensure I didn’t lose any babby photos, and that is still a pending activity.