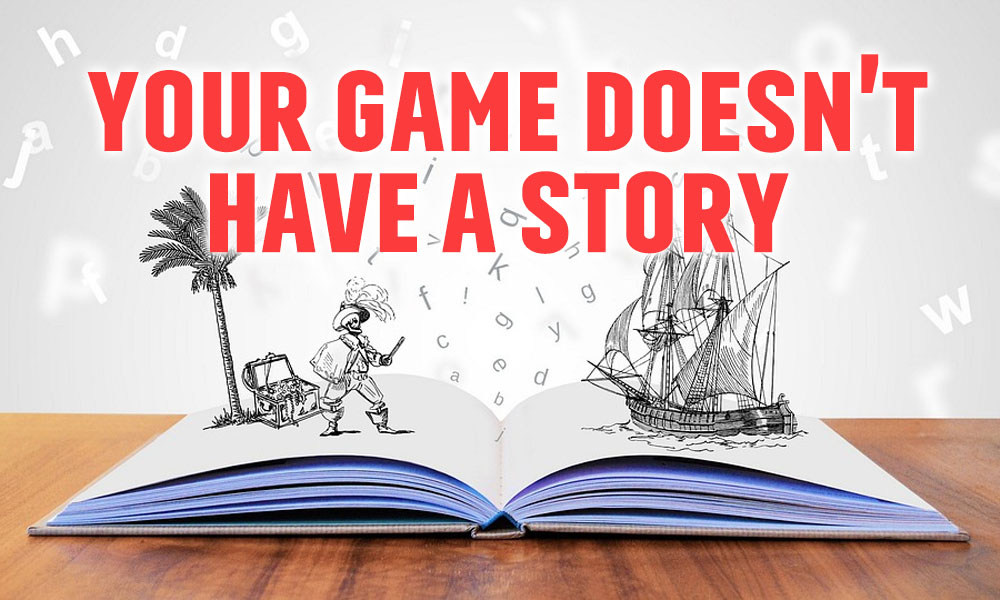 Intro to Israeli Theory – Your Game Doesn’t Have a Story

This is the third article in a series on Israeli RPG theory. The first article in the series was “Your character does not exist“, and the second was 'Everyone is a GM'. One of our writers, Daniel Andrey Fidelman, summarized the classic article The...

This is the third article in a series on Israeli RPG theory. The first article in the series was “Your character does not exist“, and the second was “Everyone is a GM“.

While M. Joseph Young aimed to mitigate this dissonance, we went the other way: there is a clear contradiction here, which means that at least one of the assumptions is flawed, or isn’t described accurately enough. And we think the culprit is the word “story”.

So what is a “story”? In the context of roleplaying games, we usually find people use it to indicate one of three meanings, presented here in the order of events:

Let’s have a closer look at each meaning, but from the bottom up.

The third meaning of “story”, the post-hoc story, sees a lot of use. The Dragonlance Chronicles tell the story of what happened in a campaign. The recap at the beginning of a session tells the story of what happened in the previous one. Yet this interpretation is not very interesting to us, since it exists only after the fact, and therefore can’t be of much use during the game.

Of course, we have uses for these stories as GMs – they let us know what is important to our players, what left a mark, and what we should emphasize or use to plan our next moves. Having our players recap the events helps us know what to focus on in upcoming sessions. When we choose a framework for a campaign, or plan for a session, we can even consider what tone or pacing we’d like this eventual story to have, and let that destination guide us along the way. And telling those stories and reminiscing is simply fun.

But it all pales in importance compared to the game sessions themselves, the decisions we make during them, and the tools at our disposal that help us run the game. After all, it’s just the post-hoc story. So is the “truly important” story the one unfolding during the play?

The second meaning of “story” covers the things happening during the session. This meaning is the one that properly doesn’t exist: In real time, the story can hardly be identified. Looking at the events as they unfold, we find an endless amount of detail that we wouldn’t consider a “story” – think of a shopping session lasting two hours of play time, or an argument about how the characters actually move from point A to point B. Both are examples of events we will probably not include in the post-hoc narrative of events; In the post-hoc process we extract the interesting bits, to wind up with what we tell after the session.

Still, if asked in real time, we’re likely to say that we’re experiencing “a story”. Something allows us to take the scrambled events of a real time session and combine them, completing the picture of a coherent narrative. The human mind is a wonderful “story machine”: people seek to organize everything into narratives, which include both what already happened and speculations about the future. They try to compare with familiar stories in order to predict the upcoming events. These predictions form expectations. 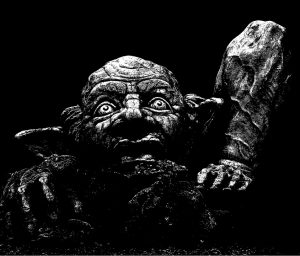 If a goblin attacked in the first session, players are going to expect to take revenge later

Say that, in the first session of a campaign, there’s a random encounter in which the party encounters bandits. One of the bandits rolls a critical hit and kills an important NPC – a PC’s sister. Then, the bandits retreat into the forest, seemingly no longer relevant to the adventure; the random encounter has ended. The GM didn’t present the bandits with any specific intention, they’re not part of some planned event. But she shouldn’t ignore the players’ expectations: they now expect to take their revenge. If the bandits don’t appear again, the players’ expectation will remain unresolved. In the process, we’ll be neglecting a potentially powerful emotional development.

This brings us to the realization that when we’re searching for a story, we end up with expectations. What matters when we run a game are the expectations the players develop. Regardless of their source, how they were developed, the expectations are what we should be monitoring, planning for and fixing the game according to. Instead of trying to figure out the story we’re allegedly telling, ask yourself what expectations did you create, and how will you be able to answer them. Because during play time, the expectations are all there is. They exist. The story does not.

We are left with the planned story. It exists as a way to prepare a roleplaying game: sometimes we “plan the story for the upcoming session”. But we shouldn’t. It’s a mostly inefficient, and sometimes destructive, way to plan a roleplaying game (although, as always, there are exceptions: railroading can work well in certain contexts). “The story” in this sense should not exist.

In a recently published adventure, the PCs come to a troubled city. The captain of the guard offers the PCs a position in the guard, to have them help with the trouble. If they refuse, the game breaks down: the captain sends 20 guards to check with the characters why their players are ignoring the story. It’s an example of how “prepping a story” can lead to problems during play time, when we come face to face with “the impossible thing before breakfast”, or have to rely on the players buying the conceit and going ahead “with the story” because they know they are supposed to.

So the post-hoc story is mostly irrelevant; the unfolding story does not exist – there are only expectations; and the planned story should not exist. What, then, are we left with? What should we do instead?

Justin Alexander suggests we “prep situations, not plots”. In a nutshell, it means we’re not planning a sequence of events, but rather a rich and interesting situation we can put our PCs in. Another famous approach is the one preached in Apocalypse World: “play to find out what happens” – being aimed primarily at GMs. Combining the Alexandrian and Apocalypse World, we’d say that the right way to do it is to prepare situations that make you want to find out what happens . We can afford to do it because we know that the story machine of our minds will turn the potential drama in these situations into a full-on experience.

Stories are a basic psychological need. We find ourselves thinking them up whether we like it or not. Even if we pay no attention to the “story structure” our minds will organize the facts in a story-like fashion. That’s what we’re evolutionarily wired to do. We can afford focusing less of our attention on “the story” coming out nicely. The stories can take care of themselves.

So focus on the important parts: prepare situations in order to form new expectations, or in order to react and respond to existing expectations. Don’t worry, the “story machine” will make it all come together – after the game, you’ll have a great story to tell.

In the previous article we suggested a shift from “the GM” as a role to “GM-ing” as a practice. Our resolution for the dissonance presented in The Impossible Thing Before Breakfast does something similar. We suggest a shift from the object, “the story”, to the practice: the players form expectations regarding the narrative; the GM plans situations that interact with the players’ expectations; the result is a story, but only a post-hoc one. The end.

(This article is a joint effort by a big group of Israeli RPG theory writers. It was graciously edited by the illustrious content editor Eran Aviram, with helpful comments from Itamar Karbian, Yotam Ben Moshe, and Haggai Elkayam Shalem.)

I read the other two articles in the series, and they were okay; this one I found really interesting.