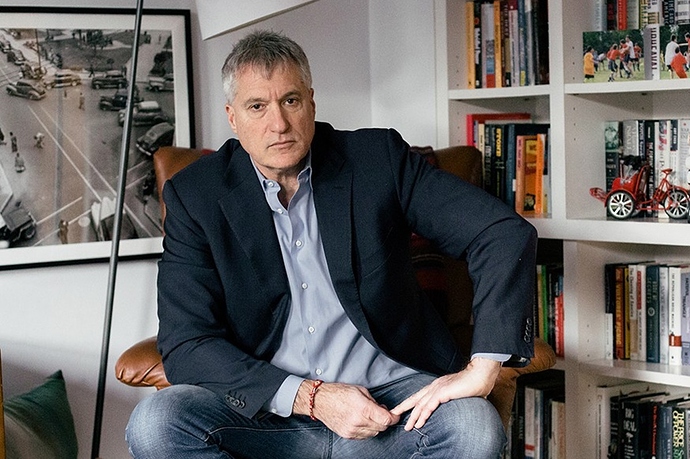 The environmental lawyer who sued Chevron will have spent 13 months in home detention awaiting trial on charges that carry a maximum sentence of six months.

A federal judge ruled this week that environmental attorney Steven Donziger must remain on house arrest until September. The decision means that by the time his trial begins, Donziger, who represented Indigenous people and farmers in a decadeslong legal battle against Chevron and has been confined to his Manhattan apartment and required to wear an electronic ankle monitor since August, will have spent 13 months in home detention awaiting trial on charges that carry a maximum sentence of six months.

In a telephone conference on Monday, District Judge Loretta A. Preska said that the trial of Donziger on contempt of court charges stemming from his refusal to give his cellphone and computer to the court will be delayed until September 13 because of the coronavirus pandemic. While Donziger’s attorneys requested that he be released from home confinement until then, Preska said that she believed the lawyer was a flight risk and must continue to remain confined to his home.

In another significant setback for Donziger, who has been the target of an aggressive legal attack from Chevron after winning a $9.5 billion judgment against the company over environmental devastation in Ecuador, Preska also decided that the attorney was not entitled to a jury trial. While the judge had already denied Donziger’s motion requesting a jury trial in a May 7 hearing, in the phone conference this week, one of his attorneys, Andrew Frisch, said that he believed her earlier ruling had left open the possibility that Donziger could face a penalty of more than six months in prison, which would have entitled him to have his case heard by a jury. But during the phone conference, Preska made it clear that that was not the case.

In a phone interview, Donziger described his predicament as “Kafkaesque” and “getting darker.”

It is not the first time that Donziger has tried — and failed — to get his case heard by his peers. In 2007, after Donziger and other attorneys sued Chevron over water and soil contamination resulting from oil drilling in the Lago Agrio region of Ecuador, the company successfully moved to have the case heard in the Ecuadorian courts, which don’t hold jury trials. And in 2011, after Donziger’s team won an $18 billion judgment from Chevron (an award that was later reduced to $9.5 billion), Chevron filed a Racketeer Influenced and Corrupt Organizations, or RICO, suit against Donziger. Although the company initially sought significant financial damages in that case, which would have entitled Donziger to a jury trial, the company dismissed the monetary claims weeks before the trial and Donziger again faced trial without a jury. Instead, Judge Lewis A. Kaplan, who decided the RICO case, found that the judgment against Chevron had been the result of fraud.

While clearly disappointed in the latest ruling, Rick Friedman, one of Donziger’s attorneys, said he didn’t find it surprising. “They would cut off his arms to prevent him from having a jury trial,” Friedman said of Chevron. “The last thing any of them wants is for a group of ordinary citizens to see what has happened to Steven Donziger.”

Chevron did not respond to a request for comment.

Judge Kaplan, a former corporate lawyer whom many of Donziger’s supporters have accused of being biased toward Chevron, oversaw the RICO case against Donziger and also drafted the contempt of court charges against him. Although the underlying litigation in which Donziger and Chevron are engaged is civil, Kaplan charged Donziger with criminal contempt of court. And, in a highly unusual move, the judge appointed a private firm to prosecute Donziger after the Southern District of New York declined to pursue the charges. Kaplan then personally selected Preska to hear the case, although judges in the 2nd Circuit are usually chosen by random assignment.

While Preska’s ruling is only the latest in a yearslong string of painful losses for Donziger, the lawyer did get some good news earlier this year. In February, an independent ethics referee named John Horan recommended that Donziger, whose legal license was suspended in July 2018, be allowed to return to practicing law. While the suspension was based on the 2014 conviction in Kaplan’s court, Horan, who is a former assistant U.S. attorney, said that his belief that Donziger should be returned to the bar was informed by Chevron’s “extravagant” pursuit of him, which Horan described as “unnecessary and punitive.”

A legal office known as New York’s First Department is reviewing Horan’s recommendation and will ultimately decide whether to reinstate Donziger’s law license. In the meantime, although Preska has not ruled in his favor, public sentiment may be turning his way. On the same day that the judge issued her latest decision, the International Association of Democratic Lawyers and the international committee of the National Lawyers Guild released a letter signed by more than 70 organizations calling for the immediate release of Donziger from house arrest and an investigation of Kaplan. The letter, which characterized Donziger’s confinement as “retaliation for his work on behalf of indigenous people of the Ecuadorian Amazon against oil giant,” accused Kaplan of undermining the judiciary and “violating basic notions of fairness in the judicial process that lie at the core of the rule of law.”

According to Lauren Regan, executive director of the Civil Liberties Defense Center and a new member of Donziger’s legal team, the letter is part of a growing recognition that the epic legal battle that has left the environmental attorney unable to work, travel, earn money, or leave his house is not really about Donziger at all.

According to Regan, Chevron’s relentless pursuit of Donziger “scares the crap out of lawyers and litigants.” And that, she said, should frighten anyone who hopes to challenge Chevron or other fossil fuel companies. “People are beginning to realize that, if you don’t stand up for people like Steven Donziger, when they come for you, there will be no one left to stand up for you.”