Legend of the Pink Dragon

Legend of the Pink Dragon 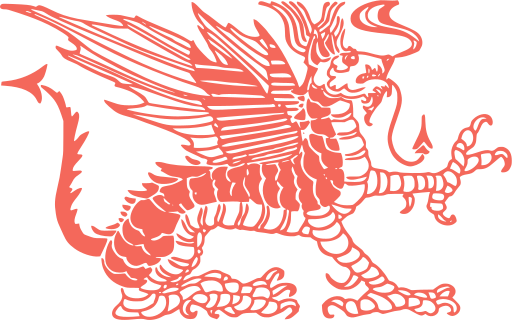 A tribute to the venerable Legend of the Red Dragon as a realtime multiplayer hack’n slash text game for IRC!

Join the channel of the game with your favorite IRC client and slash monsters until completing some legendary quest for winning the game.

Play by sending commands to the bot (most likely called pink_dragon) as private messages; result will be broadcasted on the channel of the game.

Look at the Bulletin Board for some suitable available quest and accept it with the command:

Each quest has an ID made of four hexadecimal digits. An optional strategy may be specified among: random, harsh, rage and wise. The same strategy will be remembered for following fights, but it may be changed again as well.

Fights are computed with a DnD5-like algorithm and the since the player has to fight against several monsters during a single quest, the chosen strategy has some effect on the consecutive targets of the human player:

The first time you join the channel of the game, you are strongly advised to wait until all currently available quests from the Bulletin Board are displayed (which occur every ~45 minutes). Later, you will be able to track quests as they are removed or added to the Bulletin Board , but starting to play without having waited for the latter event can’t lead to anything good. Wait for a very easy quest to be available until you can afford some weapon (you may have to try the same easy one several times before completing it)!

Once completed, a quest will be removed from the Bulletin Board and not available for the other players any longer.

You will most certainly need to buy some items on the store. Keep an eye on the inventory and buy an item (if you have enough money for it) with the command:

Each item has an integer ID and a cost; most expensive items are the most powerful! Two kinds of items can be bought: weapons and armors. Buying a new item of the same type discards the previous one.

You can also get some statistics about your character with the simple command:

When enough users are playing, random events will occur from time to time.

The winner is the first player to complete a quest having a cumulated challenge rating of at least 72.

Below is a list of all weapons in the game; their specifications come from DnD5, but they are significantly tuned in some parts of the game (price being also taken into account).

Source code of the game

The game has been written as a fully protocol-independant game and can be ported to any other system very easily. The source can be found at Thomas Baruchel / Legend of the Pink Dragon · GitLab.

I really addored legend of the red dragon in my childhood BBS days, but kinda of found some of its sex/gender dynamics a little gross, when I went telnet BBS hopping this past year.

Had already been meaning to check out Legend of the Green Dragon. Gotta add this to check out too. Im betting theyve been able to improve on the original a bit.

I really addored legend of the red dragon in my childhood BBS days, but kinda of found some of its sex/gender dynamics a little gross, when I went telnet BBS hopping this past year.

I was casually curious about that, after reading:

The Escapist magazine highlighted the way LORD handled sexuality, which became more mature as Robinson developed the game over the years.[2]

Legend of the Red Dragon

Legend of the Red Dragon (LORD) is a text-based online role-playing video game, released in 1989 by Robinson Technologies. LORD is one of the best known door games. The player's goal is to improve his skills in order to defeat the Red Dragon which has been attacking the village. The software is compatible with DOS, Microsoft Windows, and OS/2. The game was sold to and is currently owned by Metropolis Gameport. LORD was created by Seth Robinson of Robinson Technologies and is currently maintai...

I don’t care enough to go seeking it out, but maybe for you… it gets better?

Green Dragon very much interests me, as PHP (via WordPress) is my game engine of choice.