Continuing the discussion from one more robot:

LEGO Hogwarts was totally a thing, and was indeed dismantled: 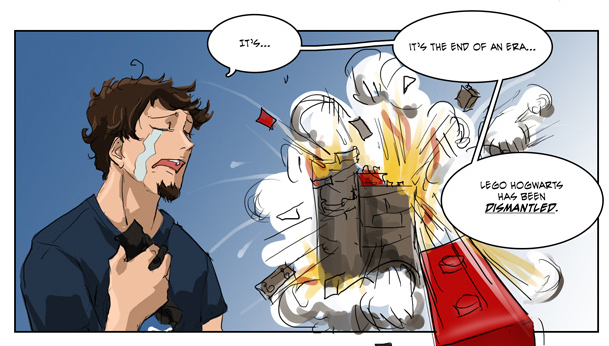 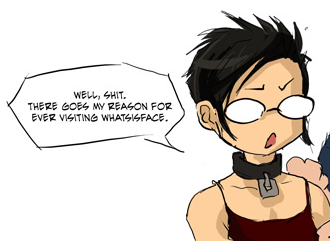 Turns out: whatisface is here on talkgroup! So I’ve invited em to share documentation of LEGO Hogwarts.

Sorry for the delay in responding – we’re running into end of the year at full speed and work is crazy busy.

So I guess this would have been back in late 2005 or early 2006. I’d dropped out of college about three years back and made the decision to re-enroll. I had to jump some hoops, but got the nod that I was accepted back, and I’d be able to attend the fall 2006 semester (I didn’t need that many credits to graduate, so I wound up packing two semesters and one winter-mester full of classes and graduated in spring 2007).

But I wanted to do something epic before going back, and I’d recently discovered and devoured the Harry Potter series (the 7th book, if memory serves, was announced during the spring '07 semester and published that summer) up through the 6th book. So I decided: “I’m going to build a giant Hogwarts out of Lego!”

There’s a website – still around – called Bricklink, where you can order Lego in bulk from individual sellers. There are people who make a living buying Lego sets in bulk, then breaking the pieces down by type and color, and selling them on Bricklink. Actually, about the time I was working on this, there was a guy who caught a pretty massive felony charge for shoplifting thousands of dollars of Lego from a variety of retailers out west: Police: Man steals $200,000 worth of Legos - US news - Crime & courts | NBC News

Of course, the time stamp on that article is 2005, so I guess I’d started this process earlier than I thought (I’m relying on my memory and I’m old). But as you might guess, when I want back through my Bricklink order, many of the Legos I ordered were from this gentleman’s Bricklink store.

I never had any sort of building plan for Hogwarts. I started with a 64x64 Lego baseplate which fit pretty perfectly on an IKEA side table (a LACK, I believe). The first version (or perhaps the first two versions) I was unhappy with and deconstructed. Actually now that I think on it, the first two models were on a much smaller baseplate.

Anyway, I eventually hit on the size I wanted, and a rough design scheme: basically, I wanted it to look like the Four Founders of Hogwarts had gone to a huge rocky island on some Scottish loch and pulled the castle out of the rock, so it needed to look organic, and rough. I settled on a kind of simple color scheme: tan bricks for the castle (to match the movie, and the set color pattern for the official Lego sets); dark grey for the island; black for roofs; and sand-green for the castle’s turrets.

There wasn’t much of an interior. Most of the innards were comprised of basic 2x4 Lego bricks in all the colors of the rainbow supporting, at first, the rocky sides of the cliffs, and then what became the walls and towers of Hogwarts. The Great Hall had an interior, sort of, but it was also very small. The Entry Hall had a tiled floor but no real wall details – the pillars to the roof (not that I ever built a ceiling) were, I believe, about 50 bricks tall.

There were some exterior details. A grotto with Dumbledore’s grave (not book accurate, I know), above which was the Defense of the Dark Arts classroom which had a bit of an interior, but difficult to see so, really, what was the point?

Anyway, Hogwarts grew and grew and grew until it was done. And then I ripped off the top of the tallest tower so I could keep add a clock tower. I finished the model with the help of a step ladder. (I’m 5’10").

I can’t remember when I finished the model. I do remember working on the clock tower when Benazir Bhutto was assassinated, and that was December 2007. I had remembered doing the clock tower much closer in time to the original completion, but maybe I was off by many months. Or maybe construction as a whole continued for two years, but I don’t think that was the case.

In any case, the castle stood until May or June 2008. At the time I was living north of Baltimore, and then I accepted a job in the DC suburbs. I didn’t think the castle could survive the move, so I ordered some pizza and invited a couple of friends over to help me tear it down.

And let me tell you, it was one solid motherfucker. The top towers came down pretty easily. The rest of it? Goodness, I could have moved the bottom half of it and rebuilt the top in my new home. I didn’t take that route, although at one point I did start another version of the castle, on a more solid table with more generous dimensions. I didn’t get far before giving up.

I don’t know how much money I spent on Lego for this project; my order history in Bricklink is long lost. A few thousand dollars, minimum. I still have all the Legos, and there are some solid chunks of the castle remaining. I didn’t take many photos, unfortunately, and many are lost. There’s a small gallery here: https://brickshelf.com/cgi-bin/gallery.cgi?f=138130

Interesting side note: in March or April 2008, I met Maiki for the first and only time when he came to Silver Spring. I drove down from Timonium. We played pool, drank beer, and he mocked me and a couple others for playing AstroEmpires (I, uh, still do). I went home, remembered how much I liked the DC area, and the job I moved for? I applied for it that night.

So, in a very real sense, Maiki is responsible for Hogwart’s destruction. 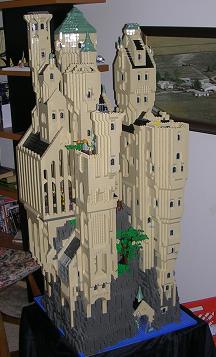 So, in a very real sense, Maiki is responsible for Hogwart’s destruction.

I’ve been known to have that effect on educational systems…