Let's play Skies of Arcadia: Legends with maiki and Clover!

OMG, we’ve started! We are playing Skies of Arcadia: Legends, Clover and I! In this topic we will track our progress, one game session at a time.

You are encouraged to interact, Clover likes specific questions.

Okay, so Clover is way down with the concept of chests and piracy! E had so much smack to talk about these stupid Imperials, just leaving their Sacri Crystals unguarded!

But my kid wasn’t born yesterday. Upon coming to the second unlocked, unguarded chest Clover’s eyes squinted and e asked me:

Has a demon or a soldier even jumped out of one of these chests? I’m kinda scared I’m gonna open it and a demon is going to fall down on me!

“Pirate Isle”? Oh, it’s cute! Awww, how do they make it that cute? Why aren’t all our villages this cute? What?! The island opens up! It’s too good for a pirate!"

Okay, after first play through we documented some thoughts. 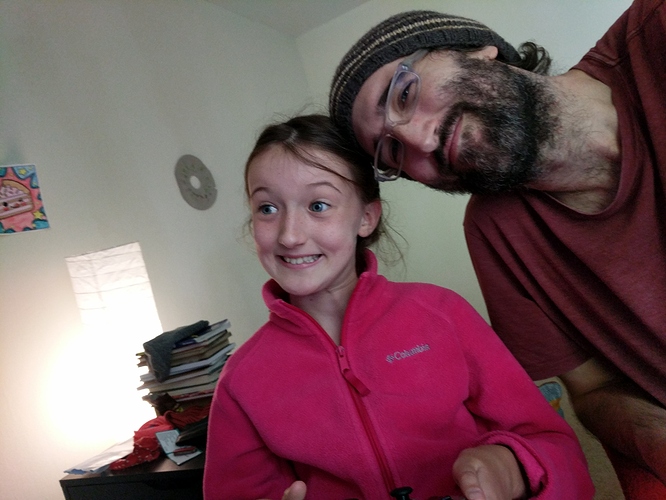 What was your favorite part?

Clover: “I like the village, and defeating stuff, and the magic effects are beautiful. And at the end when Fina said pirating must be challenging.”

maiki: “I like it when Dyne, Vyse’s captain and parent, called em to eir office, from 200 feet up a cliff, and when they looked up Dyne was staring down with eir arms crossed. Who even does that? Mad parenting skills on display!”

Clover: “Nope, I don’t really have any.”

maiki: “Wait, what? Not like, how do the ships float? How do the islands float? What is “Deep Sky” and why will it crush us? You don’t have any questions about the world?”

Clover: “Oh, well, are those things we caught birds or fish?”

Did I mention I liked how they dressed? 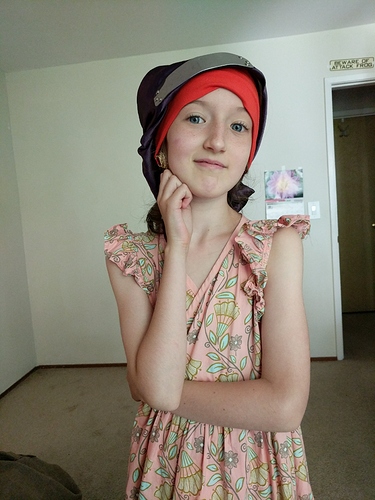 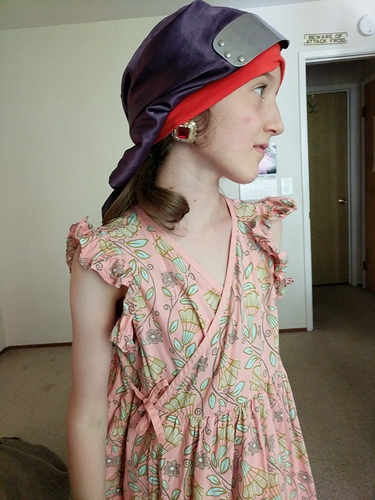 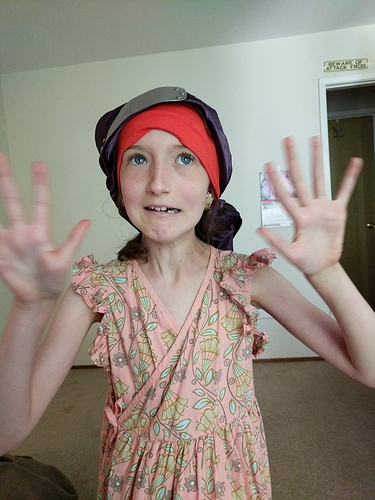 Okay, picking back up and inside the pirate base. Right now we are listening to the crew talk about how great “loqua” is (liquor made from “loquat” berries).

So this is the room where you watch people drink…

What, wait? Loqua is made from loquat berries and moon berries. Those are things you eat to unlock superhero powers, and they distill it into booze?!

Wow, according to https://gamefaqs.gamespot.com/gamecube/537506-skies-of-arcadia-legends/faqs, there are a bunch of text docs covering this game… 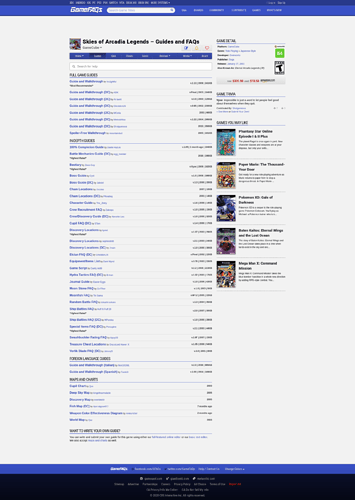 I’m gonna start creating posts in #gaming to sort these out a bit easier to search and ultimately sort into a better repo of data.

Oh, cool, the base opens to the village above via secret hidden stone wall passage thing!

Clover saw there were houses and proclaimed:

Oh my gawd, I can go in people’s houses?! I’m going into everyone’s houses!

And then when in Granny’s house e actually said aloud:

I know pirates don’t steal from other pirates… but maybe this pirate does?

And e tried to pick up something, and the game replied:

Even I wouldn't take something from an old lady's dresser!

There’s something fishy about Fina and the moon!

Ah, we’ve gotten to the color/weapon system. This thing is so weird, and all the charts I found for it are so weird, because it doesn’t play out balanced, Silver is different than the rest, and they don’t quite create an easy to understand set of relationship.

Anyhow, in Skies of Arcadia Legends Guide and Walkthrough by Ins1ghtful it notes:

Fortunately Clover wants to do that first (e likes the color!), so I’m fine letting em go for it. Eventually we will learn when a color is very not productive, but in the meantime: unlock the green healing magic!

Oh yeah, you get magic XP based on the color of the weapons in the party, and it is a separate powers track of unlocks, specifically “magic” spells, of which there are six for each color, meaning 36 in all.

Hahaha, Clover goes running off towards the gate to the lost temple of the Old World, and I’m like, “hey, did you save?”

“Oh. Okay. If the computer turns off or you lose a battle in there you will start back over at the pirate base…”

It is so hilarious playing with this kid.

If you’ve played this game before you know what a “Looper” is, and it’s associated abilities. Also know that Clover doesn’t like using magic, opting to save it for big battles (which is prudent, me thinks!); you’ll know why I mention it in a moment.

This is a Looper: 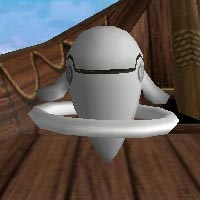 Upon meeting a Looper in battle…

Upon not being able to hit it…

Then it casts “Pyri”, hitting everyone in the party! Clover scrolls the menu to Magic, and also chooses “Pyri”…

It’s time to get crazy!

Upon that being utterly ineffective…

I don’t even… what’s this thing’s deal?!

Okay, we found a glowing crystal and Clover wanted to take it (I’m very proud), but upon touching it, it sank into the depression on the floor and the entire tower also sank exactly one floor.

Clover summed it up:

Clover: The Moonstone, the pirate village, and all the new magic effects!
maiki: The magic effects are pretty tight.

Clover: Thank gawd! We needed one of those!
maiki: Aw, my sweet child, listen and learn this final wisdom on so-called “save points”.
C:

m: Save points are not an abundant resource in the universe. When one is given, it means you need it!
C:

C: But there was a save point in the pirate village…
m: Yeah, because if you make it back to base, you need to save.
C:

This is the lowest stakes adventure-parenting, but it’s really precious to me.

I love fights, you get to rank up and stuff.

But maybe is a bit too immersed. When talking to a shopkeeper, and given some encouragement…

On the other hand, even C gets “cut scene” fatigue. Upon the nth use of “Cutlass Fury” (which honestly, is the first move you get and is Omnislash from FF7!), Clover began the time-honored tradition of talking smack…