Im just going to add, everytime I scroll by this subject line. My brain wants to read it as “Ewok Wednesdays” which I wish were a thing.

Next Wednesday, we must all post a picture of an ewok. (The value of “we” is “whoever feels like it.”)

If we do it for two Wednesdays, we will have made Ewok Wednesdays a thing. YES, AND!

What should we do on Ewok Wednesdays?

or should we cook an ewok? nooooOOOOoooooOOOooOooo

or dress up as ewoks?! how do we decide? does discourse have voting???

or should we cook an ewok? nooooOOOOoooooOOOooOooo

Okay, that got my vote. I’m vegetarian, so I won’t be partaking. But otherwise I am on board!

does discourse have voting???

o wow yes to all of those

i’d say it in all caps but am afraid discourse won’t let me. it has trained me well

omg there is a sequel Ewoks: The Battle for Endor - Wikipedia

WHAT there is a TV show??? Ewoks (TV series) - Wikipedia 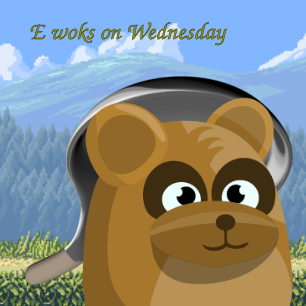 Ewok Wednesdays are A Thing!