Thanks for the shout out but actually the post is more about the things I need to actually cook and bake every day. I wanted to share with my niece how “easy” making my favorite bread recipe is but then I realized the steep curve to cooking in a well stocked kitchen. If anyone is curious I made a list of all the things.

this is so helpful! i love seeing what you like to use. like, i have two metal bowls, and they’re light, but i love my pyrex glass mixing bowls so much despute how heavy they are. haha.

i got the same coffee grinder you did, because you told me to! remember? i love it when you share kitchen wisdom xD

have you ever baked bread in your lodge dutch oven? just two days ago, i bought a lodge “combo cooker”: there’s a deep pan, plus a lid that itself doubles as a frying pan. so now i have an egg fryer too! i got it to bake theoretical bread! Tips for Making Bread in Cast Iron | Lodge Cast Iron the bread is theoretical because i have never baked bread in my life. i’m looking forward to trying and will eagerly listen to any tips you have!

someday i’m going to do an experiment and bake the same bread in the oven+cast iron and in the pressure cooker+air fryer and see how they’re different!

A neighbor gave me a large glass pyrex serving bowl and we use it for popcorn and soaking beans. It’s easy to clean but really heavy.

I love my Lodge dutch oven and use all the time but it’s really heavy too! I have made the no knead bread recipe in my Dutch oven and it’s produces great bread. It comes together quickly and the dough rests overnight. No-Knead Bread Recipe - NYT Cooking

My favorite thing is to cook beans in pot in the oven on low heat. They just simmer away and then you have delicious food.

I am so glad my list helped you out. I tend to blog about the things I like to cook eventually but I am never sure who I am writing for. I am so happy it’s for you Judy.

I buy the Saf instant yeast whenever I come across it and it lives in a mason jar in the fridge. I have bought the premium kind on Amazon but don’t really notice a difference. The packs last a long time and so much more cost effective than those envelopes.

oooh, i see. right now i have 3 envelopes of the active yeast. i’ll let you know how it goes haha. do you keep it in the package in the mason jar, or do you pour it into the mason jar? 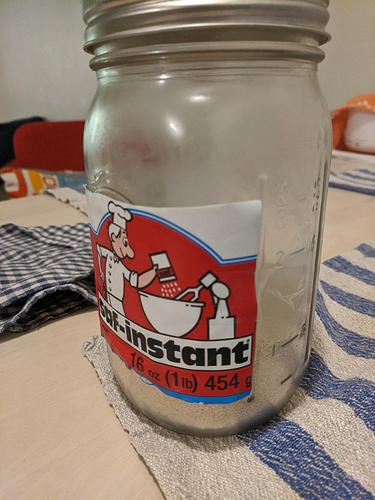 Right inside in the jar.

i used the active yeast (110 degree water, let it sit for like 10 mins) and it actually worked! i let the dough sit out on the counter for 2 hours, in the fridge for 24 hours, proofed in the instant pot at 80 degrees for another 2 hours, then baked it. i separated it into two loaves and cooked one in the oven and one in the instant pot. i forgot to cover the one in the instant pot so it became very wet, like a weird huge dumpling lol. it looked terrible. i air fried it anyway and it turned out okay after that: the crust on the air fried dumpling was actually very delicious. but the inside is too dense and wet.

the oven baked one turned out great, though! so great that we ate it pretty much immediately. we saved the last 1/4th of the little loaf for the next morning and wolfed it down.

i want to bake bread every day now haha, but that’s a lot, and i’m very tired. soon though, soon!

next time i’ll do the whole piece of dough inside the cast iron combo pan, in the oven!

A post was split to a new topic: bread temp omfgwtfbbq

i just measured out 3 cups of flour (2 all-purpose safeway brand, after which i ran out, so then 1 cup king arthur “white whole wheat???” flour) and 1 1/4 teaspoon table salt and used the old yeast from a few days ago. it was the activated yeast. i stored it in a mason jar in the fridge. i think the yeast probably didn’t like that. i just poured it on top of the flour. i don’t know if it’s going to wake up.

we’ll see if the bread rises, i guess! i left it on the counter in a bowl with lid.

I think the latest batch will be fine. You will be surprised how forgiving it all is.

Glad you and Di are enjoying your fresh baked bread!

then is it bad if i put it in the fridge instead of pulling, shaping, proofing, and baking it tonight?

is it possible to save some of it and use it to make another loaf rise? to make the yeast keep going and make more bread without more commercial yeast? uhhh keep some from the preferment stage and uhhh mix it into the next breadmaking i do??? 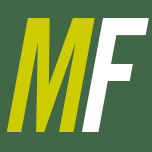 I have one packet of baking yeast and not surprisingly all the stores are now sold out. I've been looking forward to doing lots of baking with my kids during quarantine. Can I use this 1 packet...

The general term for the thing you use to start your dough later is a preferment. You can keep a pâte fermentée going for a long time just by reserving a third of your dough as the levain for your next batch (and reserve a third of that for the subsequent batch, and so on).

If you were really worried about stretching your yeast, you could make a sponge (or poolish) with just a little bit of yeast (say, ¼ tsp), then incorporate that sponge into a dough from which you reserve a third as a pâte fermentée. As long as you don’t try to store the pâte fermentée too long without feeding and dividing it again, the yeast in your old dough will become quite active given new flour, water, and time.
posted by fedward at 10:41 AM on March 25 [11 favorites]

hmmmm maybe i’ll reserve a third of it