Navy Dismisses Captain Who Sounded the Alarm on Coronavirus 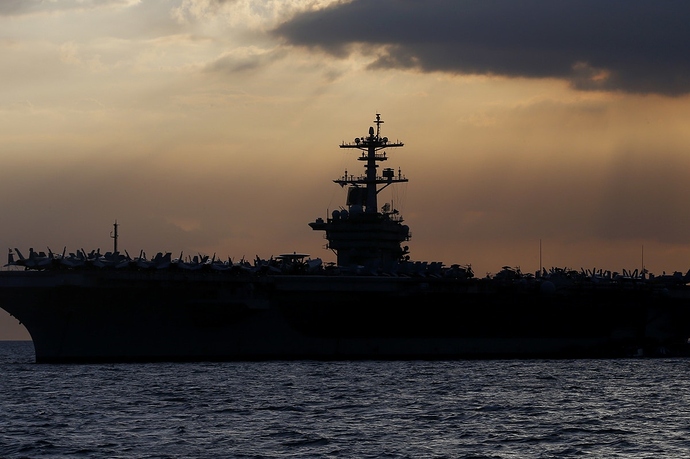 Navy Dismisses Captain Who Sounded the Alarm on Coronavirus, Signaling a...

The Navy said Capt. Brett Crozier exhibited “extremely poor judgment in the middle of a crisis” after a critical memo to leadership leaked to the press.

The U.S. Navy has taken the extraordinary step of relieving the captain of the U.S.S. Theodore Roosevelt of his command over the aircraft carrier after he wrote a memo sounding the alarm on an exploding coronavirus infection on board the cramped quarters of his ship.

Acting Navy Secretary Thomas Modly on Thursday told reporters that Capt. Brett Crozier was guilty of “extremely poor judgment in the middle of a crisis,” and said that due to his “broad” circulation of the memo outside his chain of command, he had failed to safeguard that it did not leak. Crozier is no longer in command of the aircraft carrier, Modly said, though he is expected to keep his rank.

I’m in
](Join The Intercept’s Newsletter)

“I could reach no other conclusion but that Capt. Crozier had allowed the complexity of the challenge of the Covid breakout on the ship to overwhelm his ability to act professionally, when acting professionally was what was needed most at the time,” Modly said.

The dismissal of a senior officer for raising concerns about the well-being of his crew is highly unusual, and signals that the Trump administration is willing to take extraordinary steps to silence internal dissent about its handling of the global pandemic. Last week, the aircraft carrier — one of the Navy’s largest and most important ships — was ordered to port in Guam after five sailors tested positive for Covid-19, the disease caused by the coronavirus. Modly told reporters at the time that only about half of the 4,800-person crew would disembark, and that a full evacuation was impossible due to the need to guard the ship.

On Monday, Crozier sent a memo to the Navy sounding the alarm on the outbreak, saying that the measure was insufficient to keep sailors on board the ship from dying. The memo was obtained and published by the San Francisco Chronicle and quickly became national news.

“With the exceptions of a handful of senior officer staterooms, none of the berthing onboard a warship is appropriate for quarantine or isolation,” Crozier wrote. “We are not at war. Sailors do not need to die. If we do not act now, we are failing to properly take care of our most trusted asset — our sailors.”

According to figures released by the Department of Defense, confirmed Covid-19 cases in the military have more than tripled in the past week, from 280 last Thursday to 893 this Thursday.

In a press conference on Thursday, Modly said that the first time he read the letter was in the San Francisco Chronicle, remarking that it was Crozier’s “hometown newspaper,” though he said he had no information indicating that Crozier leaked the memo.

Modly also noted that Crozier’s commanding officer, the rear admiral in command of the carrier strike group, was also on board the ship, “just down the hall,” and should have been notified about Crozier’s concerns before the letter was sent.

“It unnecessarily raised alarms with the families of our sailors and marines, with no plan to address those concerns,” Modly said. “It raised concerns about the operational capabilities and operational security of that ship that could have emboldened our adversaries to seek advantage, and it undermined the chain of command.”

Mandy Smithberger, director of the Center for Defense Information at the Project on Government Oversight, called the firing “outrageous,” and said it sent the wrong signal about speaking up over concerns.

“If he’s being fired for making sure his sailors received the care they needed, I think this is a gigantic mistake by the Navy,” Smithberger said. “We are hearing service members across the military think their commanders aren’t doing enough to protect them, and this sends a devastating signal that people who speak up will be crushed.”

Democrats on the House Armed Service Committee, including Chair Adam Smith, D.-Wash., released a joint statement Thursday expressing concern that the firing could have a “chilling effect” on others coming forward. “Throwing the commanding officer overboard without a thorough investigation is not going to solve the growing crisis aboard the U.S.S. Theodore Roosevelt,” the statement reads. “Dismissing a commanding officer for speaking out on issues critical to the safety of those under their command discourages others from raising similar concerns.”

only about half of the 4,800-person crew would disembark, and that a full evacuation was impossible due to the need to guard the ship.

Holy fuck, I didn’t know aircraft carriers had such a large crew. That is literally a floating skyscraper (that launches planes!)!

And I mean, other stuff too. Listen, I’m easily distracted at the moment.