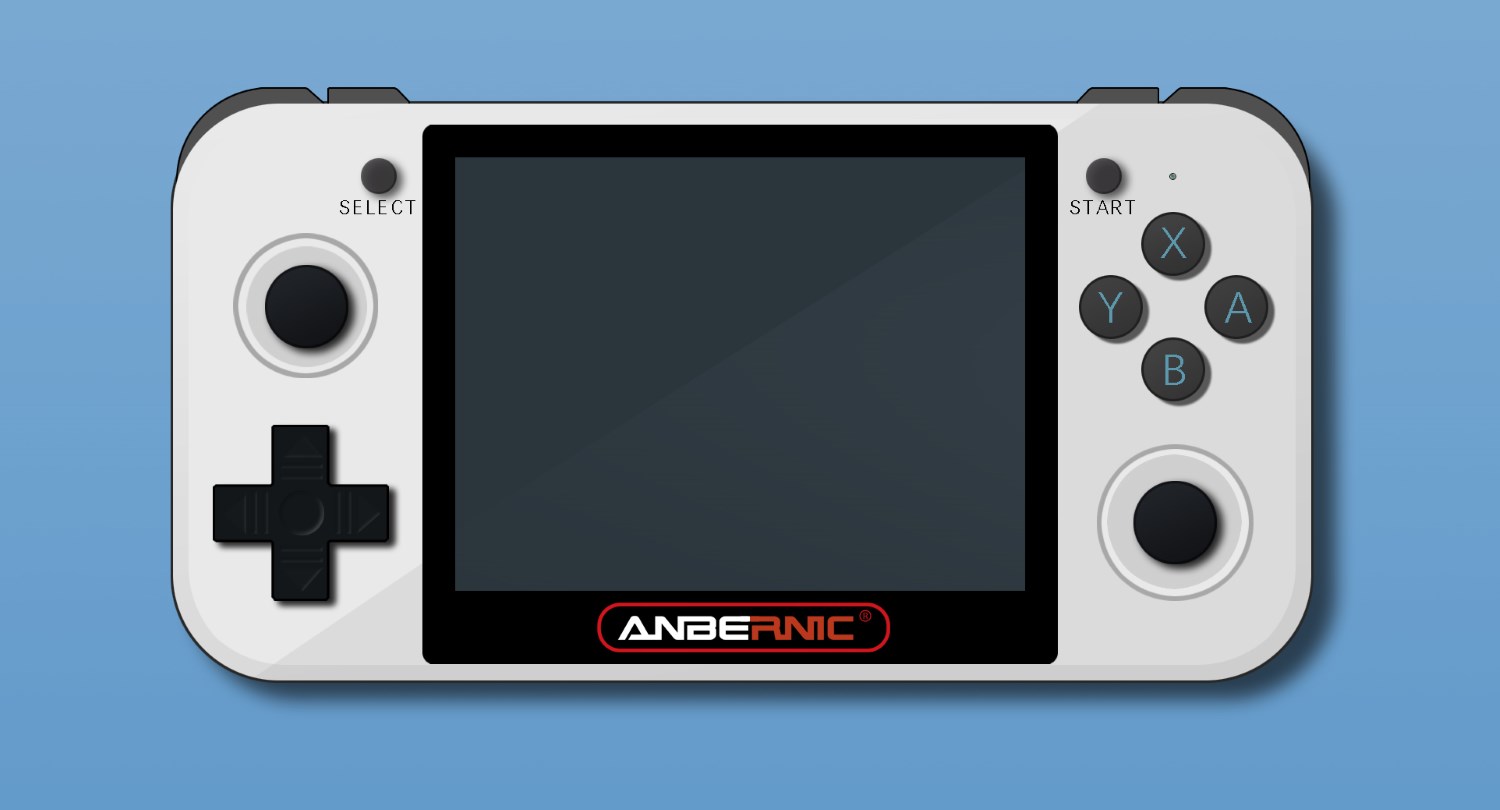 For the past few months speculation has been rife on Tony Jih’s forthcoming RG350 handheld over at the Retro Gaming Handhelds discord server. Finally we have some photos of the brand new open…

A lot of noise is being made over the placement of the dpad, but I doubt that would bother me much. That being said im kinda all hardwared up for a while. I dont need a new tiny emulator machine right now no matter how much they fascinate. This is expected to be sub $100. Exact same SoC as the GCW Zero.

Their claiming HDMI out though. I wonder how their doing that? Linux kernel support on the video out on the GCW Zero was done, but they never got the scaling finished and I thought it was analog. Maybe thats not a function of the SoC or it’s a newer variant of the SoC?

This article is interesting to me in that they claim the power of the SoC is a virtue for PSX emulation. I thought buy and large the GCW Zero’s playstation emulators kinda suffered development wise for a long time, because few to no high quality optimized mips based psx emulator cores existed. I wonder too if this became a solved problem. It has been 2-3 years since I parted with my GCW Zero.

Looks like some GCW Zero folks put in the hardwork of really cleaning up their PSX4All port and merging it with upstream, sounds vastly improved. This device should be very capable of doing PSX era games.

Second image in the post of the actual prototype is pretty awesome though. 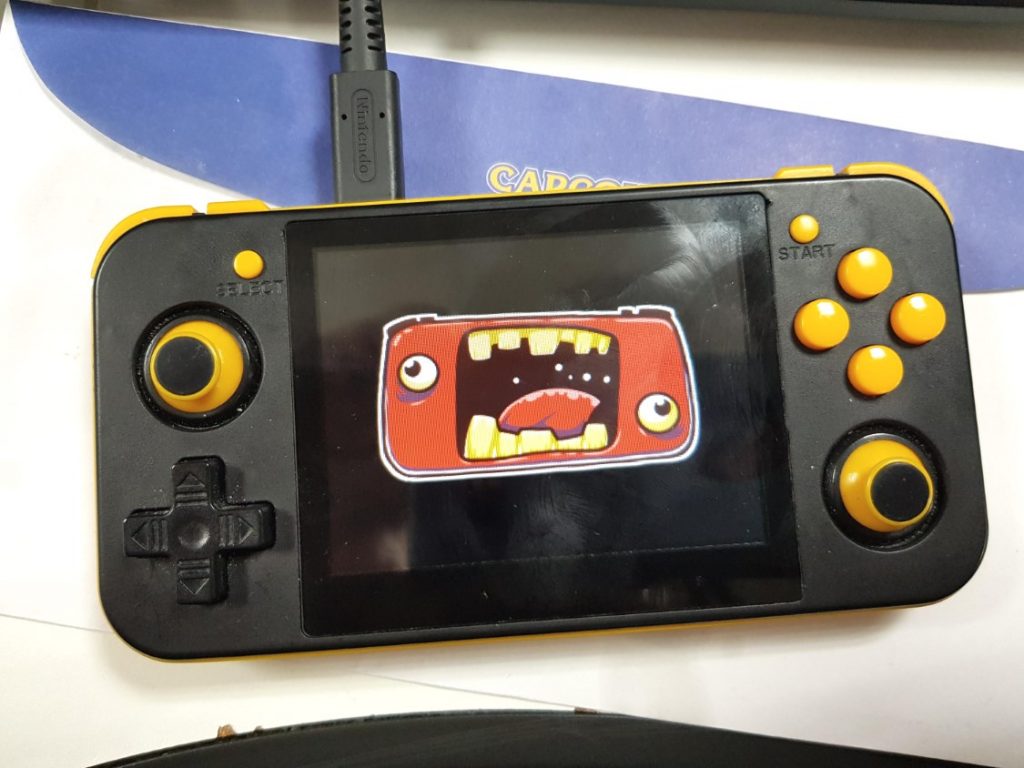 Looks like some GCW Zero folks put in the hardwork of really cleaning up their PSX4All port and merging it with upstream, sounds vastly improved. This device should be very capable of doing PSX era games.

Does that mean my GCW Zero plays PS games?!

Does that mean my GCW Zero plays PS games?!

I think so. You just need a recentish build of PSX4ALL. Might need to update your GCW Zero firmware/OS if you haven’t in a long time. The semi official GCW Zero section of the dingoonity forums, has the download for PSX4ALL, in the releases subforum.

Might be hard on any dual analog games that really benefit from dual analogs, but you could play quite a few games. The dualshock controller actually wasn’t the launch controller for the playstation so most games outside of a few don’t require all of the extras it brought with it.

I’ve played many a PSX JRPG with just a single analog or no analog.

I will add ironically, it looks like PSX4ALL got a lot of development love beginning almost exactly around the time, I shelved my GCW Zero, and then gave it away while moving.

Id be curious to hear your experiences with it @maiki it SOUNDS vastly imrpvoed on paper, but sometimes trying emulators out on real games is the best way to know.

Must confess im a little tempted even though I shouldnt be. Mainly because I really LIKED the GCW.

One point I failed to realize is this thing has no WiFi. Data management might be purely microSD based. Which is fine by me. WiFi on the GCW Zero was finicky in my experience. 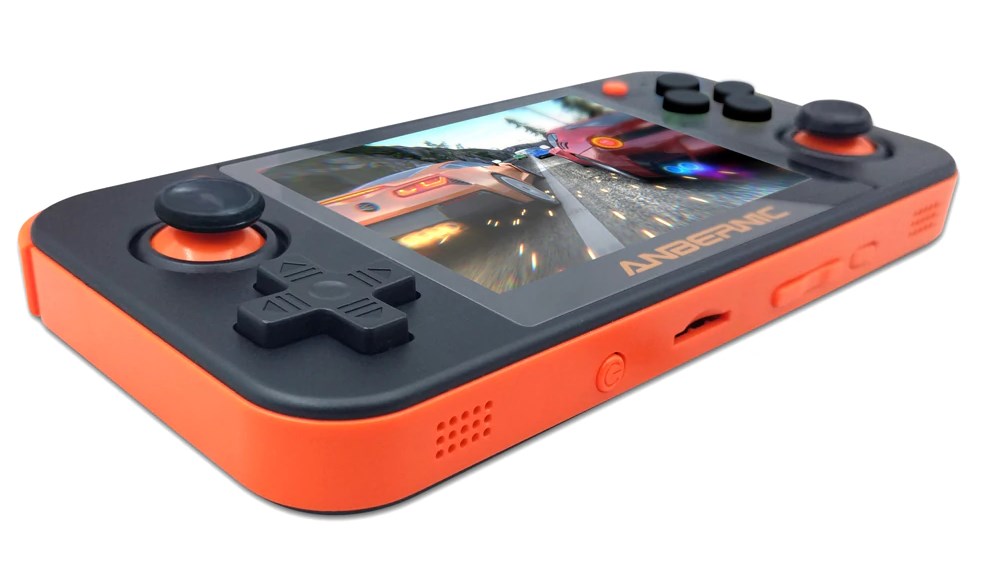 So pretty! I play the GCW Zero, and am hoping more warez across the board!

One point I failed to realize is this thing has no WiFi. Data management might be purely microSD based. Which is fine by me. WiFi on the GCW Zero was finicky in my experience.

Never gotten mine to work, but also fine with it. Most 3DS multiplayer games I played alone at home over wifi, so there isn’t a particular social element to handhelds for me.

Oh dang I really want this. I may need to crack open the wallet for this one. ALSO, I love it having no wifi.

@tim Thats a placeholder price. Will be sub $100 when theyve got more preorder spots.

I was going to say… “not today Satan!”

Been mulling on one of handhelds in the vein of the 32blit or the Gamebuino. Which are more about building your own games than emulating other existing consoles consoles.

However after some digging love2d seems to work on this RG 350; (atleast the same version of love2d as the GCW Zero had) and building games on a tiny portable in love2d very much appeals.

Kinda solves the problem of building a game on a cool tiny portable and wanting to share it with people who may not have your hardware. Which is something that kinda happens in the arduino based consoles even amongst themselves; and will impact the 32blit. Though ive been guessing the 32blit’s lua based API will be similar enough to love2d that ports back and forth should be possible.

So anyway I think ive talked myself into getting one of these guys in the near future.

In my digging I got confirmation that atleast right now, the SDK for this thing is identical to the GCW Zero. So all games and emulators published for the RG350 should work with the GCW Zero. Thought @maiki may be interested to know this. Though I don’t know if there is much happening on the GCW Zero side should the RG350 side of things decide to upgrade libraries or whatnot in the future.

Side side note: Probably shouldn’t have gave my GCW Zero away in that last pre-move decluttering effort. C’est la vie.

So all games and emulators published for the RG350 should work with the GCW Zero.

Thanks for the heads up!

Though I wonder if mine will ever be used for anything aside from S/NES games, in which case I’m kinda okay with the status quo. That device is so much prettier, though!

I just looked a this again yesterday, it’s ~$80 I think. Definitely tempting, but I spent all my extra monies on the Thinkpad x270!

but I spent all my extra monies on the Thinkpad x270!

A much more versatile machine, all you got to do is pair it with an 8bitdo controller.

I don’t know, that sounds like advice I’m gonna reach for each time a handheld purchase runs across my mind…

Thats what keeps me waffling. That thinking is actually kinda how ive kept android tablets at bay more or less.

But I do love me a handheld.

Found a good deal on this thing online, and bought one. Extremely slow shipping though. When it gets here, I could do a book report if anyone is interested.

I’ve been putting my Zero through it’s paces lately, and am gonna start my NES series soon, so yeah, I’d love more info on it.

How much is it going for?

How much is it going for?

Found it for $60 with free shipping on sale here. https://retromimi.com That sale is over though. Now listed there for $75. The plastic unit’s price seems to be plummeting because there is a new all metal version. Shipping speed on that website is all lies, but reddit commentary indicates people do get their units in 3-4 weeks. Seems to be drop-shipping from a gadget shop in china.It’s official storefront is on aliexpress.https://www.aliexpress.com/store/3850034 where it seems to hover around $85-$90

All metal unit has playstation style analogue layout and a higher resolution screen, but is otherwise identical. Higher res screen seems wierd for retro games. As the older screen was NTSC resolution (like the GCW Zero) which makes it about perfect for retrogaming. Seems to have less character in it’s visual style too if you ask me.

All metal unit has playstation style analogue layout and a higher resolution screen, but is otherwise identical. Higher res screen seems wierd for retro games. As the older screen was NTSC resolution (like the GCW Zero) which makes it about perfect for retrogaming.

I can speak to that from today, playing SMB1 on big TV and then on Zero. It was so much nicer on the Zero, despite being tiny. Something was just off on the big screen, like it didn’t scale correctly. I can probably fix that, but the difference was noticeable.

Can’t wait to hear how it plays!