NC might have a shot for fair-ish elections in time for 2020. 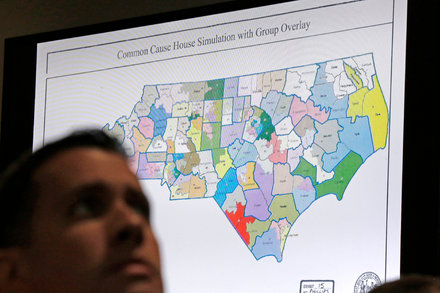 A three-judge panel in Raleigh threw out North Carolina’s state legislative maps as an unconstitutional partisan gerrymander and ordered new maps drawn and approved by Sept. 18.

It should be mentioned; that NC is having a new election in two of it’s congressional districts next week because GOP operatives were found committing systemic election fraud in the last election. ( And possibly for many prior. )