It’s been quite the 1.5 months since Ira was born!

He’s growing big-big-biiiiiiiig and starting to become more alert which we’re all excited about. Samantha and I have fallen into a rhythm of longer sleep-shifts, which lets us get more continuous sleep. I take the 10pm-3am shift, and she gets the 3am-8am while I sleep before work. We’re obviously all a little exhausted but having a happy baby kinda makes it worth it!

Considering I just wrote about work approximately 10x more than I wrote about my own baby, here’s a picture, which is worth a 1,000 words: 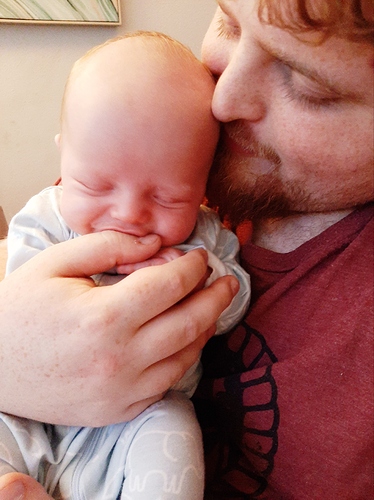 That’s a cute baby right there.