O'Reilly Open Books / How Do You Determine The License? 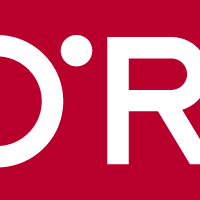 O'Reilly has published a number of Open Books--books with various forms of open copyright--over the years. The reasons for opening copyright, as well as the specific license agreements under which they are opened, are as varied as our authors.

Several of the books include licensing information but many do not seem to. This link at creative commons site, where they collaborated on this program implies many were put into the public domain but it doesn’t say which ones. Founders Copyright - Creative Commons

A couple of the books are clearly GnuFDL and not public domain. Pretty sure Free as in Freedom is never going to get from out under copyleft for a good long time for example

While the books listed here use various open licenses, since 2003 we’ve focused on using the licenses created by Creative Commons. O’Reilly has adopted the Creative Commons Founders’ Copyright, which we’re applying to hundreds of out-of-print and current titles, pending author approval.

One way would be to publish all of them openly and see what happens.

The reasons for opening copyright, as well as the specific license agreements under which they are opened, are as varied as our authors.