Ralph Nader: The Democrats Are Unable to Defend the U.S. from the “Most Vicious”... 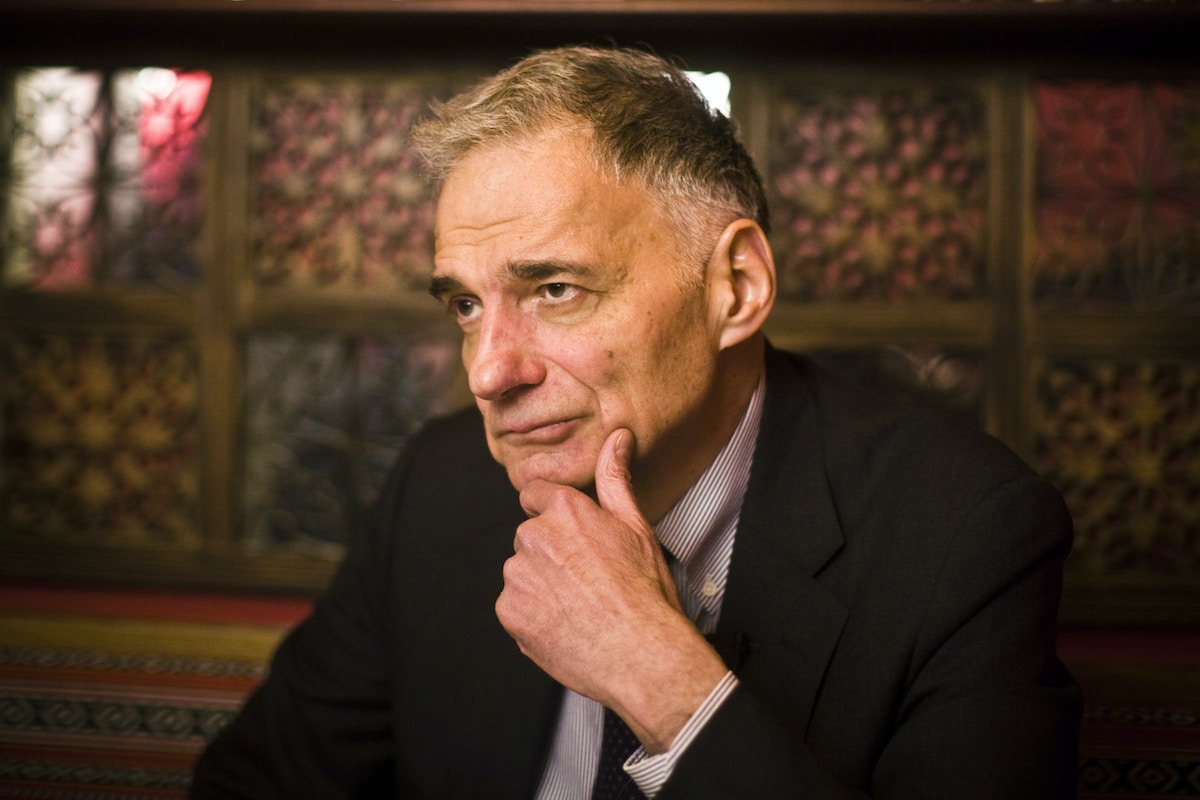 Ralph Nader: The Democrats Are Unable to Defend the U.S. from the “Most...

The legendary consumer advocate describes his decades-long perspective on what brought the Democratic Party to its current state of collapse.

Deep dive into major, historical shifts in the Democratic Party, wherein Nader calls out all the instance the Dems became doppelgangers of Republicans.

The first big one was in 1979. Tony Coelho, who was a congressman from California, and who ran the House Democratic Campaign treasure chest, convinced the Democrats that they should bid for corporate money, corporate PACs, that they could raise a lot of money. Why leave it up to Republicans and simply rely on the dwindling labor union base for money, when you had a huge honeypot in the corporate area?

That’s pretty bad, but the next point is the one that prohibits me from being a democrat…

[Another] millstone is they could never contrast themselves with the Republicans on military foreign policy – because they were like them. They never question the military budget, they never question the militarized foreign policy, like Hillary the hawk on Libya, who scared the generals and ran over [Defense Secretary Robert] Gates who opposed her going to the White House to [push for] toppling the regime, metastasizing violence in seven or eight African countries to this day.

So they knocked out foreign and military policy, because they were getting money from Lockheed and Boeing and General Dynamics and Raytheon and so on. Even Elizabeth Warren when she had a chance started talking about maintaining those contracts with Raytheon. Here’s the left wing of the party talking about Raytheon, which is the biggest corporate welfare boondoggle east of the Pecos.

When the National Defense Authorization Act for Fiscal Year 2017 was passed (this is the military budget for the year), one would expect it to be similar to the ratios for the recent GOP tax plan, where it barely had enough votes.

This was voted on in Dec. 2016, so after 45 was elected. Both Senators at the time for California voted to approve it. Bullshit.

I shouldn’t have to vote for war because I want healthcare, living wages, or to protect women’s bodies from being state property. Which is why I spend time with third parties (I don’t actually do anything, I just read and follow Green and SDA).

The last millstone is, they make sure by harassing progressive third parties that the third party never pushes them. I’m an expert on that. They try to get them off the ballot. We had twenty-four lawsuits in twelve weeks in the summer of 2004 to get us off the ballots of dozens of states by the Democratic Party. Whereas if we got five percent, six percent of the vote they would be under great pressure to change their leadership and change their practice because there would be enough American voters who say to the Democrats, “We do have some place to go,” a viable third party. They harass them, they violate civil liberties, they use their Democrat-appointed judges to get bad decisions or harassing depositions. Before [third parties] finally clear the deck one way or the other it’s Labor Day and they’ve got an eight-week campaign.

We need IRV in more elections, that is the only way I see this getting fixed. Democrats may not be as toxic as Republicans, but toxic is toxic. No level of toxicity is safe.

This was voted on in Dec. 2016, so after 45 was elected. Both Senators at the time for California voted to approve it. Bullshit.

I’ll be looking forward to seeing how our new Senator, Kamala Harris votes next time. This will be my hot button issue if Harris runs for President.