Here’s a newsletter from Bay Area Book Festival about a video broadcast of a conversation between two poets, and a list of resources/readings/media that they talked about. It says “we encourage you to share this email,” so I will!

Full copied text (and links, and images) below.

If you joined us live Friday for “The Witness We Bear,” our Writer to Writer conversation between poets Jericho Brown and Nikky Finney, you know how powerful it was: an hour of humanity and depth at a time when we’re all in need of solidarity. If you haven’t had a chance to catch it yet—or if you just want to relive its moments—it’s available to view anytime on our YouTube channel, by clicking the graphic below. 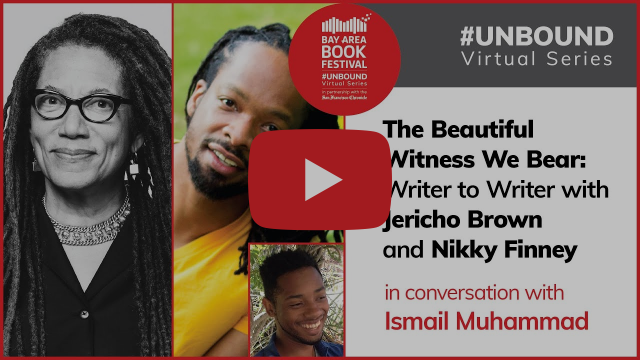 Click the "play" button to watch "The Witness We Bear"

If this conversation sparked a desire to learn more about the fight for racial justice and your own power to make a difference, we’ve included a resource guide , below, as a complement to the program.

We encourage you to share this email , its resources, and the link to “The Witness We Bear” with everyone you think would appreciate them. 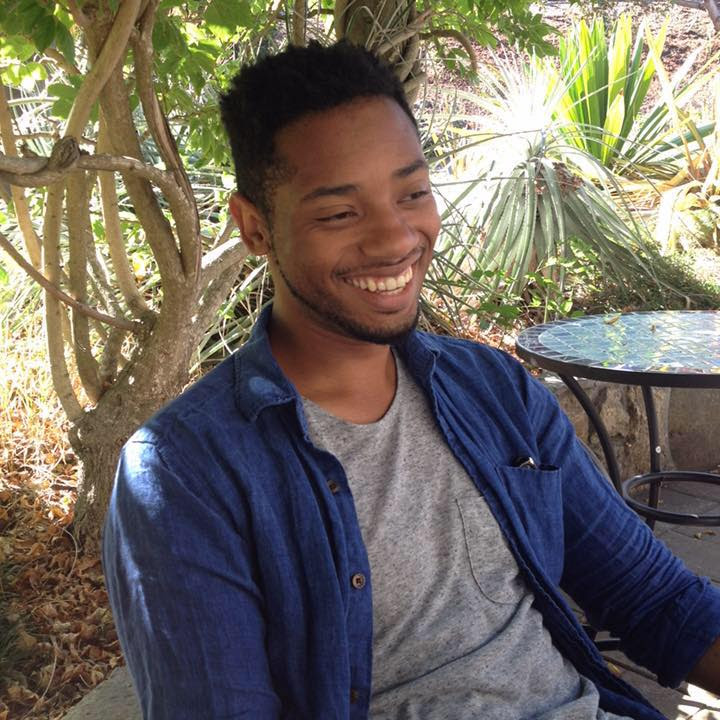 A Reflection from Ismail Muhummad,
Moderator of “The Witness We Bear”

In 2011 I was a college senior casting about for a way to make books my life without any model for how that might happen. Going to readings was part of that search; that is how I ended up catching the train downtown to The New School, where Nikky Finney was reading from her collection Head Off & Split. I stuffed my body into a room that was already crowded with Nikky’s admirers.

Her poetry was gorgeous, obviously, but what struck me most that night was not the poetry per se. When Nikky approached the podium, she couldn’t begin reading before she giddily acknowledged familiar faces in the crowd and gave thanks to the mentors who gave her the confidence to write. Her reading wasn’t just a presentation of her own work, but of the community from which that writing had sprung. Whether they were actually in the room or present in spirit, Nikky’s former students and teachers and friends were with us.

I was too shy to approach Nikky that night, but without our ever having met, she taught me a model of black literary community that I’ve carried in my heart to this day. In this model, writing grows out of a process of collaboration, mentorship, and love. In this model, we write our way into kinship with one another. This is solidarity, the kind of solidarity necessary to carry us through this political moment, when black people are renewing our fight to reimagine the society we live in. That sense of community shines through in this conversation between Nikky and Jericho Brown, who is Nikky’s former student and another poet who exemplifies this idea of community as praxis. What you see in this conversation is collaborative thought and mutual care in a time of crisis. I hope that anyone who watches will learn the same lesson I learned from Nikky all those years ago.

A RESOURCE GUIDE FOR “THE WITNESS WE BEAR”

“I can’t be a pessimist, because I’m alive. I’m forced to be an optimist.”

During Friday’s conversation, Jericho Brown spoke of James Baldwin as a major influence on his work and life. In 1968, in an interview conducted after the assassination of Martin Luther King, Jr., Baldwin answered a question posed by talk show host Dick Cavett with the above quote. The question was this: “Why aren’t Negroes more optimistic (regarding their position in America’s free society)… Is it at once getting much better and still hopeless?”

In a time when society is once again at an urgent crossroads, we want to share with you the resources below. Like Baldwin’s, they are works born of optimism: not the naive kind, but the productive kind. The kind that pulses with brilliance and inquiry. The kind that is necessary for making art. Although this list is in no way comprehensive, we hope it brings you, in some measure, what we all need to create real change in these times: inspiration, empowerment, and, above all, optimism.

For a much more complete list of information and resources about racism, allyship, and black history and literature, please see this National Resource List created by leaders of the Black Lives Matter movement.

Works and References Cited by Speakers During “The Witness We Bear”

Jericho Brown’s essay on the duplex, “Invention”
W.E.B. Du Bois on the phenomenon of “double-consciousness”
Poet and essayist Audre Lorde (no specific works mentioned, but Sister Outsider is a great starting point)
Carolyn Forché’s poem “The Colonel” (mentioned in reference to the poetry of witness)

“To win justice for George Floyd, we need the rage that abolished slavery,” an essay in the Guardian
“Bullet Points,” a poem from The Tradition . Sample line: I promise if you hear/Of me dead anywhere near/A cop, then that cop killed me.

“Left,” a poem from Head Off and Split. Sample line: The grandmothers were right/ about everything.
Transcript and video of Nikky’s National Book Award acceptance speech for Head Off and Split , 2011. Its first line: We begin with history. The Slave Codes of SC, 1739.

“Walking with the Ghosts of Black Los Angeles,” an essay in Literary Hub

Resources on the History and Context of Anti-Blackness in America

The 1619 Project from The New York Times Magazine
Nikole Hannah-Jones won the 2020 Pulitzer Prize in Commentary for this groundbreaking exploration of the legacy of Black Americans, starting with the arrival of the first enslaved Africans in 1619.

The Warmth of Other Suns: The Epic Story of America’s Great Migration by Isabel Wilkerson
Pulitzer Prize winner Wilkerson gives us a riveting account of the massive migration of Black people out of the South during the 20th century: a phenomenon not previously written about in popular history.

The New Jim Crow: Mass Incarceration in an Age of Color-Blindness by Michelle Alexander
Published two years after President Barack Obama was elected to his first term, The New Jim Crow blew the lid off “colorblind” complacency with a rigorous examination of America’s 21st century incarnation of slavery: mass incarceration. As Alexander wrote, “We have not ended racial caste in America; we have merely redesigned it.”

Claudia Rankine, Citizen: An American Lyric
Winner of the LA Times Book Prize in poetry, Citizen is a shattering lyrical meditation on 21st century racial aggressions, from “slips of the tongue” to outright profiling and acts of institutional violence. For an immediate read, check out Rankine’s 2015 NYT essay, “The Condition of Black Life is One of Mourning,” written in the aftermath of the murders of Eric Garner and Michael Brown.

James Baldwin, The Fire Next Time
Baldwin’s iconic 1963 classic consists of two essays: “My Dungeon Shook — Letter to my Nephew on the One Hundredth Anniversary of the Emancipation" and “Down At The Cross — Letter from a Region of My Mind.”

A must-see complement is “I am Not Your Negro,” the 2016 documentary on Baldwin, available now on Netflix. Watching Baldwin debate William F. Buckley on the question “Is the American Dream at the expense of the American Negro?” is a revelation: a master class in vanquishing ignorance.

Ta-Nehisi Coates, Between the World and Me
This visceral, intimate National Book Award-winning work, framed as a letter from Coates to his teenage son, was hailed by Toni Morrison as “required reading.”

For those of us who aren’t Black, dismantling anti-black racism starts with taking accountability of our own privileges and learning how to listen. These books are a great place to start for those who want to be better allies, and for those who want to share with friends, co-workers, family, and loved ones how they can be part of the solution.

White Fragility: Why It’s So Hard for White People To Talk about Racism , by Robin DiAngelo
This New York Times best-selling book explores the emotional and defensive reactions white people have when their assumptions about race are challenged, and how these reactions maintain racial inequality.

So You Want to Talk about Race , by Ijeoma Oluo
In this guide, also a New York Times bestseller, Oluo guides readers of all races through a modern-day minefield: the practice of having honest conversations about race, racism, and privilege.

The History of White People, by Nell Irvine Painter
Is “whiteness,” a designation weaponized by supremacists and the alt-right as a defining identity, actually just a construct? In this perspective-altering book, historian Painter argues just that, delving into the all-too-human “invention of race.”

Where to Donate to Support the Black Lives Matter Movement

Locally and nationally, there are plenty of ways we can help. For a much more comprehensive guide to supporting and donating, see this list compiled by the editors of New York Magazine.

For further viewing, check out this sample of just a few past BABF events illuminating mass incarceration, the slavery-based roots of modern capitalism, and Black civil rights heroes. There’s much more where that came from in our video and podcast archives. 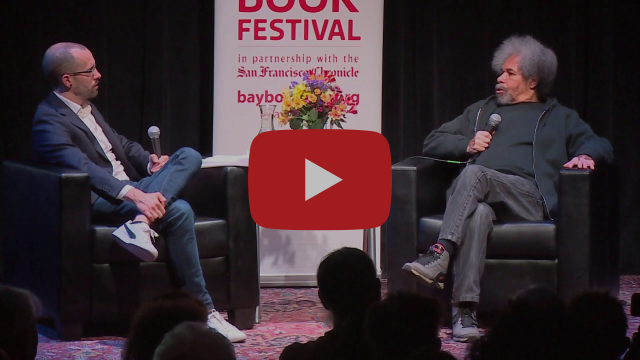 "The Unbroken Human Spirit," our 2019 ending keynote address with Shane Bauer and Black Panther and author of Solitary , Albert Woodfox, survivor of 43 years of solitary confinement in Angola. 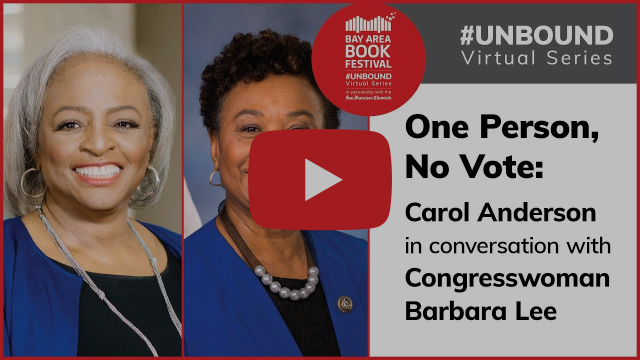 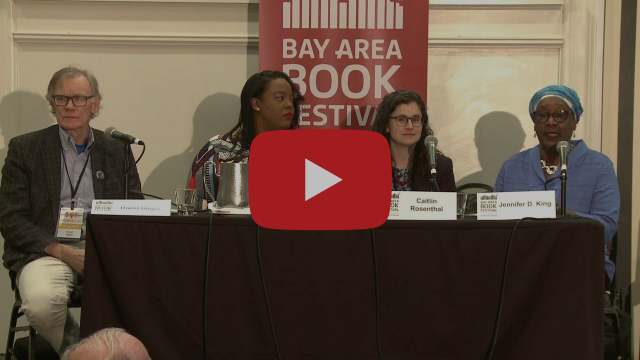 In The Business of Brutality: Slavery and the Foundations of Capitalism, Pulitzer winner David Blight, Stephanie Jones-Rogers, Caitlin Rosenthal, and Jennifer D. King delve into the roots of our modern systems. Also check out our “Prophet of Freedom,” our conversation with Blight about Frederick Douglass, available as a podcast.

We’re deeply grateful to Jericho Brown, Nikky Finney, and Ismail Muhammad for making this memorable event possible. May peace and solidarity be with you all.

judy’s notes from clicking on every link and editing this post with the end destination of the click:

Tracking links in posts whose content is shared from somewhere else