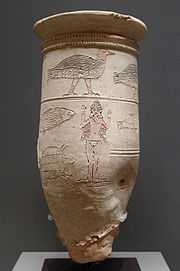 Sacred prostitution, temple prostitution, cult prostitution, and religious prostitution are general terms for a rite consisting of paid intercourse performed in the context of religious worship, possibly as a form of fertility rite or divine marriage (hieros gamos). Scholars prefer the terms "sacred sex" or "sacred sexual rites" in cases where payment for services is not involved. The historicity of literal sacred prostitution, particularly in some places and periods, is a controversial topic ...

I got there via Shamhat - Wikipedia.

Here’s the funny: for years folks thought Shamhat went and fucked the wild out of Enkidu - Wikipedia, and made em best buds with Gilgamesh as a bonus…

Men prepare for war and subjugate women, for as it has been shared from the beginning of history, vaginas be crazy powerful! And Ishtar was there, as Goddess of Fucking and Taverns.

I’m worried that D&D sounds too historical, or history just shows how damaging the male psyche is, from the beginning of history all the way up to when we start playing worldbuilding ourselves!

Modern research by Daniel Arnaud,[20] J. G. Westenholz, [3] Vinciane Pirenne-Delforge,[13] Julia Assante,[21] Stephanie Budin[1] and others has cast the whole tradition of scholarship that defined the concept of sacred prostitution into doubt. These scholars regard the concept of sacred prostitution as a myth—arguing that the practices described in the sources simply never existed.

The development of the myth of sacred prostitution was further founded on mistranslations and misunderstandings of several other texts and traditions from the Ancient Near East.

There are some problematic sections that have already been flagged, but otherwise it’s a good read! As for Shamhat…

Consequently Westenholz defines harimtu as “one who is outside the culturally defined bounds of controlled sexuality”.[3] Julia Assante goes further than this. She rejects the argument that harimtu was even a profession of any kind, but just a label for a single woman who had authority over her own sexuality, and thus had the freedom to have intercourse with any man she chose.[21]