years ago i went to a few san francisco opera “capture the young people” events at nightclubs so i’m on their digital mailing list. they’re streaming something for 1 day today. i think they recorded it live in 2009? and now they’re making it available to stream from their site for 1 day? i was sorta hoping it was a livestream like the met (which i literally do not know the full name of or where it is. new york? metropolitian? something? ballet? opera? lol) used to advertise in movie theaters, but it’s definitely not a “livestream”

i don’t know anything about puccini. i don’t know any of these operas or what their stories are. i’m just kinda curious lol. edited to add: um, it’s a lot more intense than i thought. 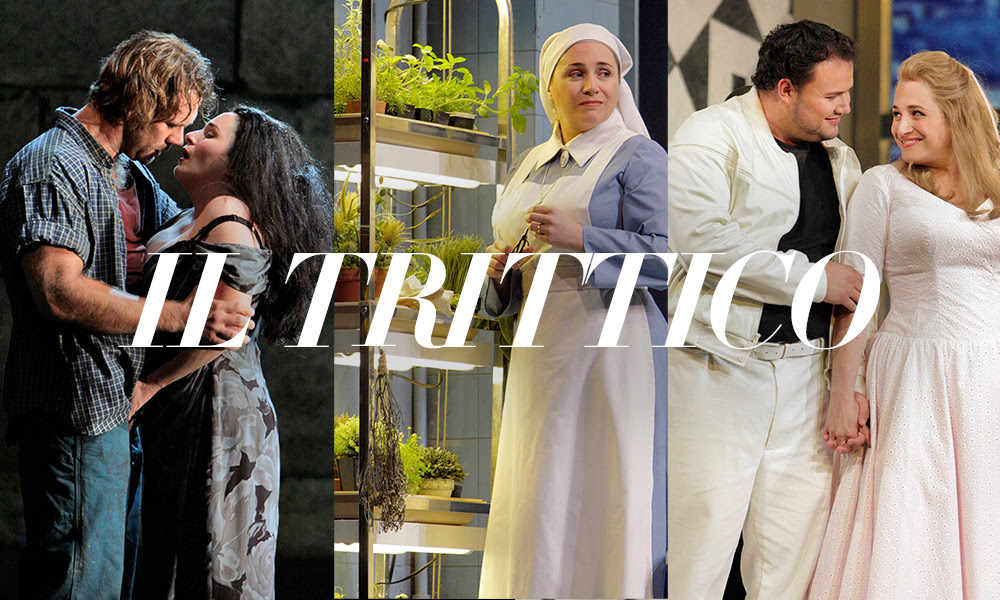 Streaming online for the first time since its 2009 presentation on our stage, Il Trittico brings together three distinct operas — and the majesty of Giacomo Puccini’s lyricism — to a screen near you this weekend. Conductor Patrick Summers leads an all-star cast including soprano Patricia Racette , contralto Ewa Podleś , tenor Brandon Jovanovich , and baritone Paolo Gavanelli .

Tune in today starting at 10am Pacific to witness Giacomo Puccini’s complete work as the composer meant it to be seen. Grab a snack and find a comfortable spot because this trio of 20th-century verismo masterpieces will only be available until 11:59pm tomorrow.

i told my rl-friends-who-play-wow pod that i was watching opera, so fritz joined me. we watched the 2nd opera during ZG. we screamed at each other in chat the whole time. the second opera starts out with all these nuns singing hail mary and teasing each other for making each other laugh during chapel and unpacking groceries singing about “hey we got some walnuts” and then it gets SUPER FUCKING DARK. i’m like not okay. i was not prepared for this experience. i think fritz put it the best: “like black mirror, but darker”

let me say that again: like black mirror, BUT DARKER

THIS SHIT IS REALLY DARK

like okay this morning at 10am when i was looking at my email i thought to myself, “i know what will make me feel better, watching a stream of like art stuff, i guess they’re putting it online for free because quarantine and stuff” and like i honestly thought i would become more cultured and smarter or something, but like i had NO idea that it was going to be this difficult. like okay i get that it’s “tragedy” but like WHAT the FUCK

anyway i am not watching the third one. this is too much. haha