Here are some notes. Sheesh, I want in on that sweet Drupal action so much! Drupal 9 means all this junk code dropped and a great starting place to get started with the platform (it’s like Disney bought them and immediately wiped a bunch of stuff that everyone is pissed about but will ultimately make it better at what it is).

But damn, it is so difficult to get a Drupal site going. First of all the docs are all over the place, way too comprehensive. It is basically choose-your-own-adventure in web server config, but without any real guidance.

But that’s not all folks! I also run Fedora 32. For which Docker CE is not packaged, meaning 96% of all development tools fly out the window! Sheesh!

Anyhow, now I’m going to try something I’ve found fucking zer0 docs concerning: using Apps/Boxes - GNOME Wiki! to host a server image I can spin up as a dev VPS…

I know everyone says to keep all this stuff abstracted, but I think I can get by with just composer on a VPS. And if not, then I’m kinda not into it, because it leaves everyone out and that’s not fun software. So let’s see if Drupal is still fun software!

Our journey so far: installed a VM from an Ubuntu Server 20.04 image. I just did basic install options, nothing fancy. 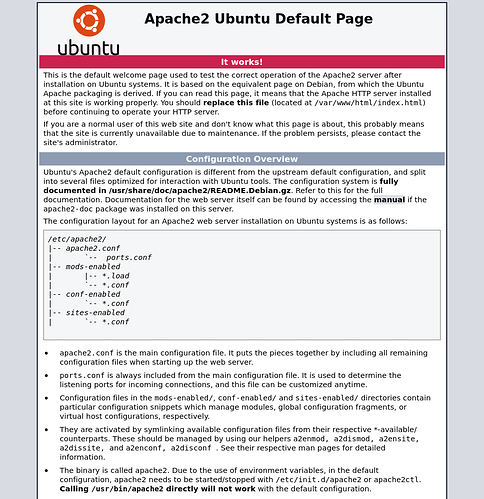 Fortunately Drupal uses a standard LAMP stack, so next gonna look up the PHP and DB packages to install.

I’m going with MariaDB, and according to https://www.drupal.org/docs/system-requirements/database-server#s-mysql-mariadb-or-percona-server-recommended

Required MySQL 5.5.3/MariaDB 5.5.20/Percona Server 5.5.8 or higher with InnoDB as the primary storage engine, and requires the PDO database extension.

We’ll still need to create a database, but let’s jump over to PHP, because I like to get my LAMP ready before lighting it.

OMFG, didja see what I did there?!

Okay, we need PHP, a way for Apache to get up in PHP’s biz, and a way for PHP to whisper to MySQL’s Gattica-enhanced younger sibling:

php -v tells me PHP 7.4.3, so according to https://www.drupal.org/docs/system-requirements/php-requirements 7.4 is the latest supported (with a link to the meta issue tracking PHP 8 coverage), so we’re good to go.

I’m betting I’m missing some PHP extensions, but all shall be revealed on installation, ですね。＾_＾ 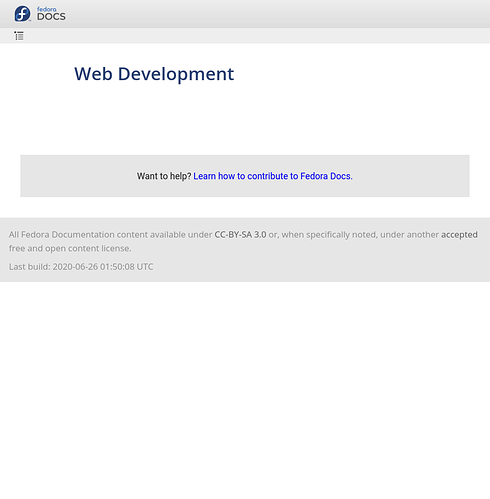 That’s kind of a bummer. It’s an opportunity, but gah I’ve got so much imposter syndrome to overcome…