The Pitfalls and the Potential of the New Minimalism 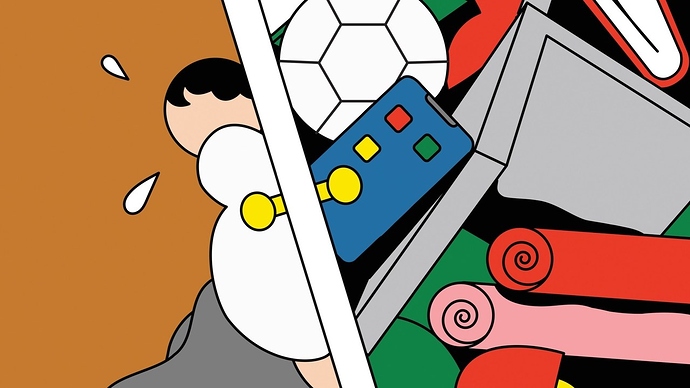 The Pitfalls and the Potential of the New Minimalism

The mantra of “less is more” still obeys a logic of accumulation—but it hints at genuinely different ways of thinking.

or, minimalism, marx, and an unexpected sojourn into anti-capitalism by way of “voluntary simplicity.”

Gregg published “The Value of Voluntary Simplicity” in 1936. In it, he calls capitalism a “gravely defective” system that ought to be “reformed or ended.”

i’m posting this article here because i’ve known for a few years now that i could only “let go” of things when i dated millionaires. i’ve thought for a while now that “minimalism,” as i saw it being practiced by my rich peers, was a luxury for rich people who didn’t need to save things in case they needed it, because they could just buy the thing again when they needed it. everything from air filters to camping tents to crossover SUVs to costumes and clothes to burning man treasures to sports items to protest signs to printers to books. everything about the minimalism i saw was still about consuming, even my friend’s coinage of “conspicuous production” (the next step of conspicuous consumption) as the way today’s rich drink coffee and eat rustic bread and wear exercise clothing to show how rich they are, that they are efficient even in their leisure. so this article, mostly a critique of fake minimalism, speaks to me.

i think it’s that all those people had no idea they were rich. or that i had to accept that they were assholes about it but not because they meant to be; they are perfectly nice people who i genuinely liked, i just couldn’t reconcile how we live in such an unfair world. it’s part of why i’ve shut down. we pretend we have self-awareness but we don’t.

my mother grew up in the memory of war. her family throws away nothing. i wore my cousin’s hand-me-down weird dresses from taiwan from decades ago to every school picture. i don’t like to throw things away. i only started to once i thought i was rich. i hate it.

anyway. i shouldn’t be surprised that the article takes the turn that it did into anti-capitalism, but i am, and the looming vastness of it all makes me feel like a small mouse standing alone in cataclysmic winds after climate change.

wow there’s so much to talk about here. I think you described this other side of fake minimalism better than the article does really.

Jia Tolentino is one of those people you think is too mainstream to be radical but she consistently writes really legit stuff.

Have you read the AirSpace piece she references? It’s been haunting me since I read it. Her friendly takedown of the author based on his other writing is hilarious but that piece is so good (and scary). It also goes into what minimalism and cultural consistency mean for labor forces and rootlessness of more upper class workers, which I really feel. If you don’t have (are expected not to have) much stuff and everywhere is close enough to the same, then you can (are expected to) just run from your problems and run after jobs and treat not just stuff but also places and people as disposable. And that’s “privilege” but it’s exactly what capital wants and keeps you from ever wanting or being able to do anything to make change besides take yourself somewhere else. This has already happened at mass scale, and that’s the scariest thing to me I think.