The Scramble to Pluck 24 Billion Cherries in Eight Weeks 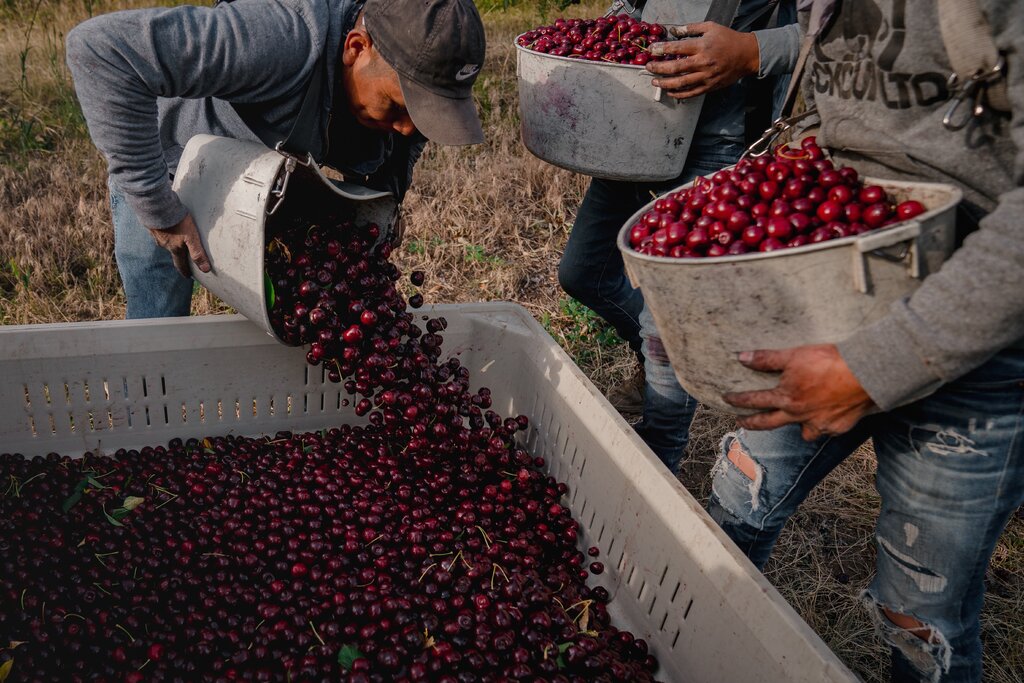 The Scramble to Pluck 24 Billion Cherries in Eight Weeks

Every single one needs to be picked by hand — even in a pandemic. Seasonal workers say they may be essential, but they feel disposable.

Nicholson checked the portable toilets and hand-washing stations, required this year to be placed every 110 yards instead of the usual 440 (for workers, a long walk is a costly use of time), and found an unusable sink, stuffed with wet paper towels, and bathrooms without any toilet paper. He pointed the mess out to a supervisor, who said a cleaning service would arrive soon; about 20 minutes later, it did. In a few hours, after the state’s Department of Labor and Industries opened for the day, Nicholson would file a safety complaint against the orchard owner, Finley Cherries, one of more than 30 reports that he and two colleagues would file about infractions they saw at various farms. (More than six weeks later, he received an official reply to this one: “Could not be substantiated.”) At the public talks he sometimes gives, he asks people to hold a strawberry and then to think about the hands that last handled it: Did that person have access to sick leave, to clean bathrooms, to soap and water, to health care? Often, the people he’s talking to react by putting the strawberry down.