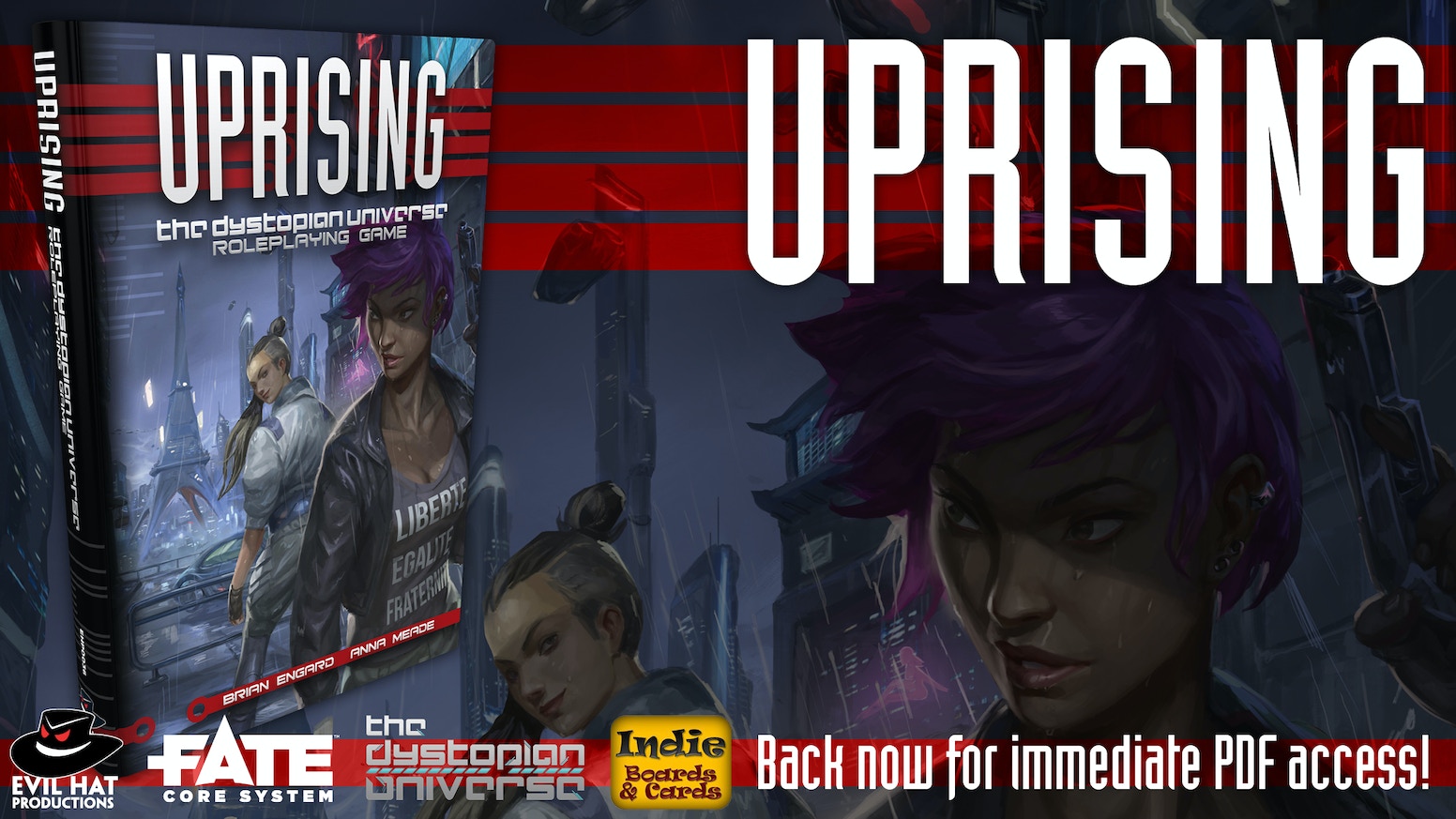 Rise up against the Corporations in this RPG set in the same world as The Resistance, Coup, and One Night Revolution.

In a cyberpunk, dystopian future, the citizens of Paris Nouveau are no more than indentured servants. Virtual reality has come at a cost they can never pay, a tradeoff of freedom for technology. But there are freedom fighters who reject the system, unplugging from the illusion and working to make things right once again. They are la Résistance.

Rise up and defy the corporations in the Uprising: The Dystopian Universe RPG, set in the same universe as The Resistance, Coup, and One Night Revolution from Indie Boards & Cards.

I’ll be honest, when I am paracosm-hopping, I don’t automatically reach for the “Dystopian” deck, but I do like paracosm-expression across media, so color me interested.

The kickstarter, of course, was almost immediately funded.