Voyager 1 Fires Up Thrusters After 37 Years 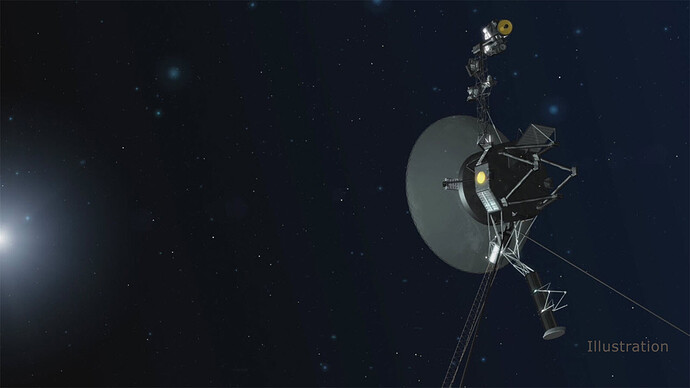 Voyager 1 Fires Up Thrusters After 37 Years

The Voyager team is able to use a set of four backup thrusters, dormant since 1980, for orienting the spacecraft.

“The Voyager flight team dug up decades-old data and examined the software that was coded in an outdated assembler language, to make sure we could safely test the thrusters,” said Jones, chief engineer at JPL.

Oh snap! So many people are gonna be pissed when their intersteller drones go haywire because it turns out you shouldn’t, in fact, use JavaScript to write navigation code… looking at you, @tim!

All of Voyager’s thrusters were developed by Aerojet Rocketdyne.

Not only does Aerojet Rocketdyne have the rocket.com domain (!!! [but it’s an Apache config page at he moment]), but that is the most steampunk name for a rocket company ever! And kinda genius: no one reads that and thinks, “huh, I wonder what they do.” You know what it has to do with. And that is the best description of what they do, something to do with rocketdyne aerojets!

the most steampunk name for a rocket company ever!

Ha, I hadn’t even read the Wikipedia article for Aerojet Rocketdyne:

We might as well call it D D Harriman Holdings, Inc.

That is all so cool.

Fun thing; I grew up near Aerojet. I had a clear view from our back yard, so some mornings like 6am you hear this loud sound and a frigging rocket is racing up the sky (a test). It was so cool.

Also, just for the record I only use JS on recreational spacecraft simulations!

…examined the software that was coded in an outdated assembler language

Um, I’m sorry but if it’s powering a goddamn space craft, that is in no way outdated in my book.