FTL: Faster Than Light is a space-based top-down real-time strategy roguelike game created by indie developer Subset Games, which was released for Microsoft Windows, macOS and Linux in September 2012. In the game, the player controls the crew of a single spacecraft, holding critical information to be delivered to an allied fleet, while being pursued by a large rebel fleet. The player must guide the spacecraft over eight sectors, each with planetary systems and events procedurally generated in

Available DRM-free from GOG. Award-winning and generally held to be fun. Download is ~200MB.

@tim and @judytuna, if you have screenshots of FTL, please share them here!

I could never decide where to put game pages, so #prudence is a fine place to build out the pages and then figure that out later. 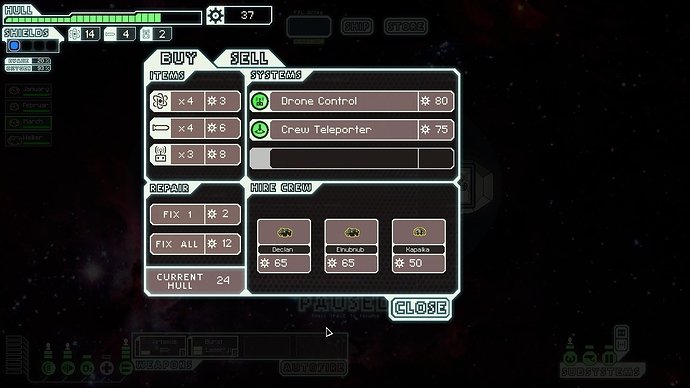 is the only screenshot i ever uploaded to steam! i’ll take some more if i ever play again haha.