The image that appears at the top of the article Hands Up, Don't Shoot: Ferguson on Center Stage broke me: 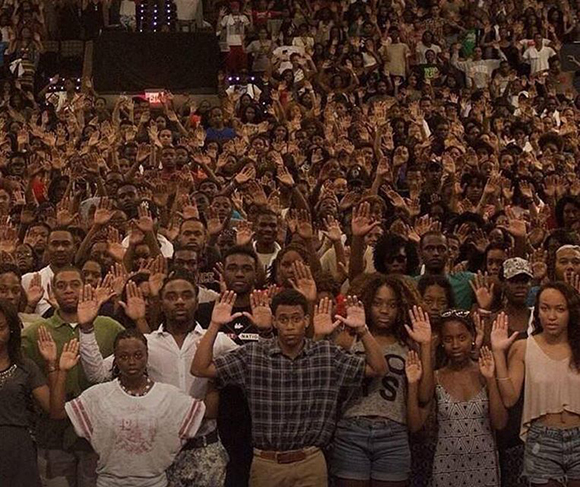 I live in a country that not only has systemic bias built into its structure, but also systematically takes away life and freedom from black men.

I don't know how to fight racism, it intersects with so many other issues. But I do know that we need to stop incarcerating people at the level that we do, and we need to demilitarize police forces. Those are two areas that have a tremendous amount of research and methods already developed, but lack the political will.

Change will come, but I don't want more people to gunned down to get the privileged to pay attention.

I often wonder if I would have joined John Brown's raid, or if I would have ridden on a bus to an American South that terrorized Black folks. I want to think I would, but I have a family with a child, and I am not sure if I could overcome the fear of losing them. But such thought exercises are ended in the relief that I don't have to make a difficult decision, because the terror of oppression is over for minorities.

But it isn't, and my heart is broken because we have people dying, not on a different continent across a large body of water on the other side of the planet, but here, right here in our communities. And for no reason besides our privilege and lack of will.