I got it off ebay for about $40 bucks because I thought it would work well with Haiku. It in fact doesnt. It does seem to work well with linux though; (system resources permitting) I just dont have need for it. It’s only got 1gb of Ram and the last generation Atom processor intel ever made. (Does appear to be 64 bit though!). 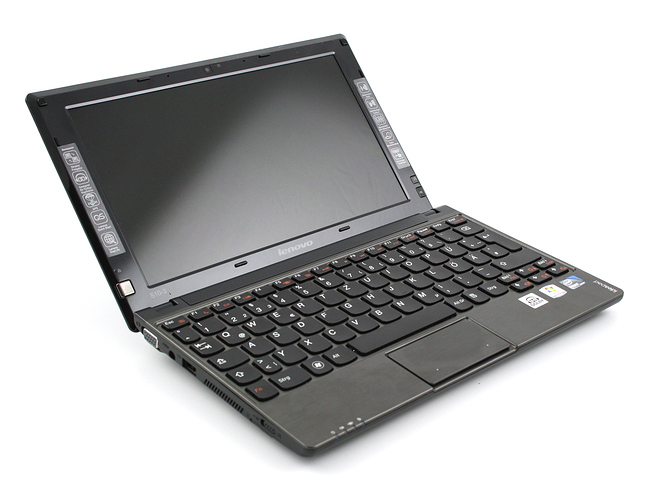 If anyone could have use for it, its yours. If after two weeks no one expresses interest; I might see if one of the local stores that traffics in used tech want it, or push it back out to ebay.

It came with no harddrive originally, Im willing to ship it out with one though.

It may not come with the original wifi card either; as I swapped a lot of wifi cards in and out of it trying to get it working with Haiku. It will ship with a WiFi card that is known to work with linux on it though.

Its touchpad is absolutely horrible. It’s keyboard is decent. Id pair it with a mouse.

I’ll throw my hat in. I’m still pondering, and gonna do so here, but if someone needs a lappy, please just let @trashHeap know.

So, two things I’ve been thinking:

And then this post happens! Wes, whatcha think? Would it be good for either of those scenarios? The lack of a good touchpad make it more attractive as a lappy for Clover to learn to type and navigate a file system, me thinks.

I think it’s going to slog on Gnome or KDE even if you maxed out the ram. But might be serviceable on something lighter weight. XFCE or LXQT mayhaps. I ran Firefox on it briefly and as long as you weren’t watching videos it seemed serviceable for generic web browsing.

Probably an excellent use case for that. System resource wise it doesn’t get much lighter than that.

Thanks! I’ll pass. If I thought I was the best stop for it, I’d grab it from ya, but after taking stock we still have too many devices to bring in new ones (I’m sure you can relate!).

Eventually I’d like to have the space to store and work on a few devices at a time, for the sole purpose of passing them on to folks in need. If no one else steps up, let us know what you do.

What did you end up doing with it? (I do not need it either but I’ll keep my eye out for people who do.)

I’ve still got it. I might be getting rid of it soon though. I’ve been going through stuff and trying to reduce clutter lately. Though I havent been especially keen to visit a lot of the places I usually use to recycle / trade aware / give away stuff like this either.