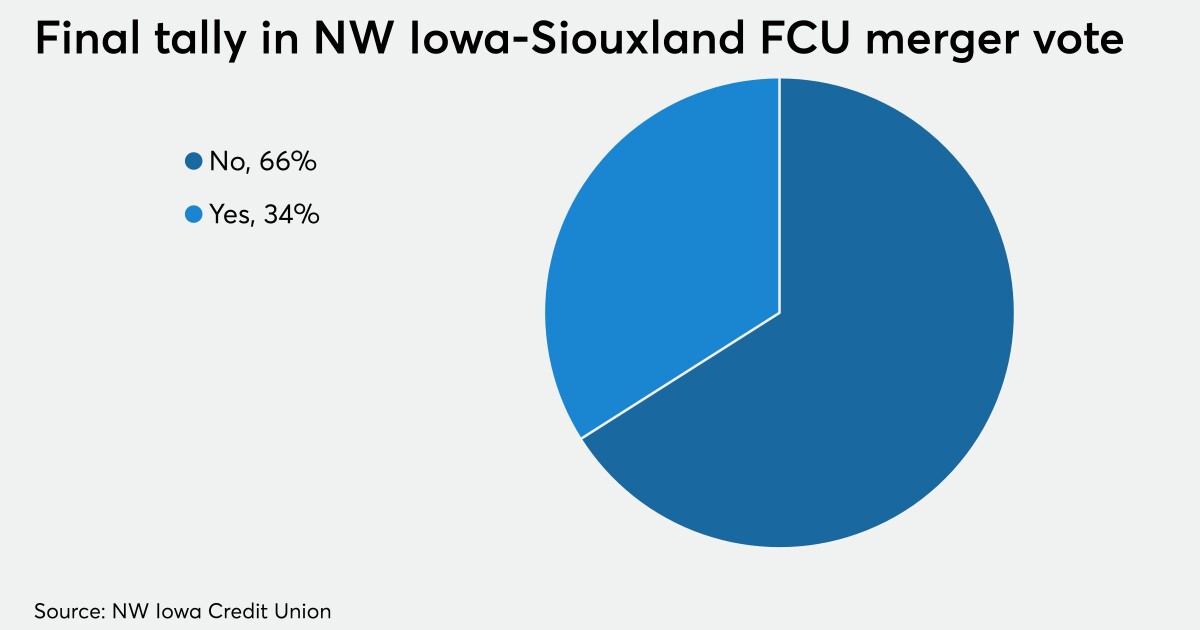 kinda fascinating. example of a merger being voted down by members at a credit union, perhaps the first time this has ever happened.

The merger also would have solved a succession-planning issue at the $57 million-asset NW Iowa. De Boer is currently 62 and said he plans to retire by the end of 2022. It is not uncommon for small credit unions to merge when a CEO retires in order to deal with succession planning.

Imagine if “countries” did that!

Filson pushed back against the idea that members hijacked the process in Iowa, saying instead, “democracy stood up and was heard.” This was an instance, he added, in which members used the democratic process to show that management and the board are out of touch.

“I think COVID really hurt us in that we weren’t able to have town hall meetings and explain the facts better,” he said. Steenhoven said he believes the defeat is likely a fluke and said the outcome hasn’t dulled his credit union’s interest in growth via mergers.

Hey, that’s kinda cool. It means some activities folks are still engaged in (like where their local CU is keeping their monies) and require more human interaction than a website!